VIDEO OF THE WEEK – LINDY-FAY HELLA

After viewing all of the entries – and, yes, we do watch every one of the 100-plus submissions we receive every week – at the end of the day (or night, depending on where you are in the Überverse), there could be only one winner… And this week it is the latest elegant, elegiac and eloquent offering from Norwegian songstress Lindy-Fay Hella, and the title track of her forthcoming second album ‘Hildring’. 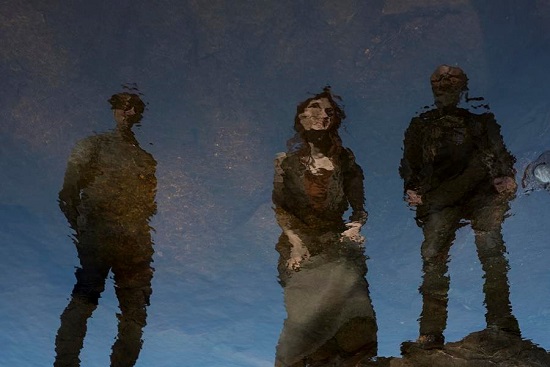 Hella may be known to regular readers, and especially aficionados of Scandinavian neo-folk, as vocalist with Wardruna. This latest project sees her collaborating with Norwegian avant-garde trio Dei Farne, which sees her mix elements of dark pop, synthwave, jazz, noise, Krautrock and prog into her signature neo-folk miens. But above everything floats Lindy-distinctive, expressive vocal style, which sees her drawing as much on her love of Depeche Mode frontman Dave Gahan as it does the traditional Joik singing style of the ancient Sámi people of northern Europe, which is as much about the singer using their voice as an instrument to express specific feelings rather than words. The artform was widely condemned and suppressed in many parts of Scandinavia in the 1950s, and Hella’s use of the style is a direct tribute to her great-grandmother, who was one of many Joik singers persecuted by the church authorities at the time.

‘Hildring’ means mirage in Norwegian, and the title’s inspiration comes from the environment around her home town of Bergen, as Hella explained:

“When on a long journey, you can start to wonder what is real and what is not, but at the same time, you are constantly seeking the unknown.

“I have seen a place up in the Lyderhorn mountains that makes a perfect mirror in the water when still. It makes me think of the Otherworld or parallel universes. “What is behind the veil?”, as they questioned in earlier times. All the curiosities I get from walking there makes me wonder maybe the witches that were said to be up there felt something similar. To me it is a magical place and the favourite of the seven mountains surrounding Bergen. Also, from where I grew up, on an island by the open ocean… the memories from that place and the stories I heard from my grandfather about mythical creatures and possible dangers at sea, gives me great inspiration as well”.

The result is a magical, mystical musical journey, as enigmatic as it is entrancing, mysterious in its inherent beauty. It is accompanied by an equally sumptuous video, filled with ethereal imagery and subliminal, mythic references, which draw the listener deeper into the overall experience (as any great video should do):