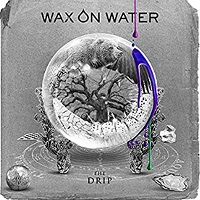 It’s always interesting to come across an act on their sophomore release. If you really enjoy it, you can look back on their previous work and maybe guess where they’re going in the future. Add in a fully re-imagined cover of a classic soul track and a rather eclectic array of influences and it was clear from the first listen-through that the avant-garde nature of the work may not be the easiest to listen to. This first impression, however, was quite wrong.

Despite the mentioned avant-garde nature of a lot of the musical approach, this release is actually very easy to listen to and relax with, perfectly demonstrated on one of the focus tracks, ‘How Long?’, which seems to owe as much to jazz-infused prog offbeats, soft lounge piano work and gently string backing pushing vocalist Maya’s vocals to a delicate and at times haunting crescendo – a perfectly suitable approach to discussing the topic of reaching for love.

This contrasts with the following track, which continues the full theme of the album having quite distinctive songs in comparison to each other without them in any way feeling separated from each other, with the electronic rock sounding fairly infused with the raw, punk-like attitude of early Nirvana for the harder parts of the song, the overall approach takes quite different parts of their influences and creates a pretty heady mix from different spectrums without detracting from any of the other tracks in their varied nature, in fact only enhancing the overall feel of the concept.

The album takes the two previous EPs, ‘The Drip Part 1’ and ‘Part 2’, blends them together, and adds in an extra 6 tracks, with the lyrical theme approaching subjects from the pursuit of love, the realisation of doomed relationships, reclaiming yourself, control freaks and more, so doesn’t shimmy away from the darker themes amongst the light. That such different feelings and emotions are pitted amongst the same release and yet each feels an integral part of the other speaks volumes for quite how well written this release is, akin to blending together the ingredients of a rather potent whisky and the overall tones hinting at far more than you initially taste.

It’s actually pretty easy to get lost in amongst the music if you try and follow one particular part of the kaleidoscopic myriad of layers, as the various parts weave in and out of each other expertly, the production values being excellently blended to enhance each other. There is far more production work behind the scenes than you think on the first listen-through and it will certainly take several listens to fully start to grasp everything actually going on. A highly intoxicating blend of avant-garde that will grab you so subtly by the balls that you won’t even feel the touch until you’re hopelessly caught in its grasp.