Notice: Trying to access array offset on value of type bool in /var/www/wp-content/themes/Extra/includes/builder/functions.php on line 2367
 VIDEO OF THE WEEK – WARD XVI - Über Röck

VIDEO OF THE WEEK – WARD XVI 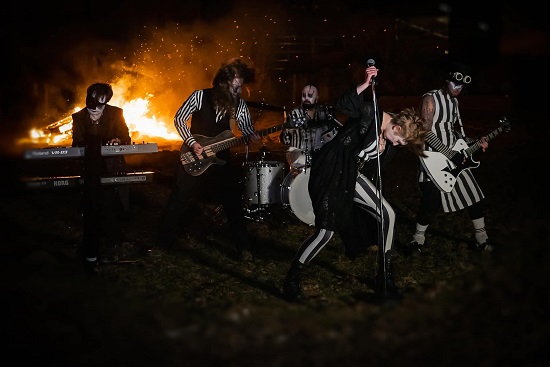 As the rays of light at the end of the dark tunnel that has been the past 16 months of isolation and generally being shit upon from great heights grow brighter by the day, and life starts to return to some sense of normality, a healthy slew of new music, perhaps more than at any other time in ÜR’s history, continues to ping itself our way, and especially in the continuing tsunami of submissions we receive for our coveted ‘Video Of The Week’ award… Yes, as we’ve said on multiple occasions, one constant throughout the vagaries of inconsistent and often hard to stomach lockdowns is the amazing level of adaptive creativity that bands and video directors the length and breadth of the Überverse have continued to show, often in the most adverse of circumstances.

After viewing all of the entries – and, yes, we did watch each and every one of the 100-plus submissions we received this past week alone – at the end of the day (or night, depending on where you are in the Überverse), there could be only one winner… And this week it comes from one of the most genuinely exciting and innovative bands on the ÜK scene at the moment – Ward XVI.

The Preston goth rockers are no strangers to these pages: ‘Shadows’, the first single to be released from last year’s stunning ‘Metamorphosis’ album, won this same title last September. Now, as they prepare to return to live action, and unveil their latest theatrical stage show at the forthcoming Bloodstock festival, the band have presented us with possibly their most ambitious and epic video to date, the sweeping and majestic piece of cinematography that invites us to ‘Burn The Witch’

It is another brilliant example of the twisted, but also extremely lucid, imaginations being employed in bringing Psychoberrie’s story to life, with the clip’s dark and foreboding feel perfectly matching, and counterpointing, the song’s own morbid sensuality.