Über Rock Introduces… My Only Solution

Manchester alt-rockers My Only Solution will self-release their third album, ‘Violent Delights Have Violent Ends’, on 1 July. They have preceded the release with the second single, ‘A Body Without Organs’, which hit our eardrums this past Friday.

So, we took the opportunity to catch up with the trio to find out a little bit more about them and what makes them tick. Given the title of this feature, we started by asking them to introduce themselves… 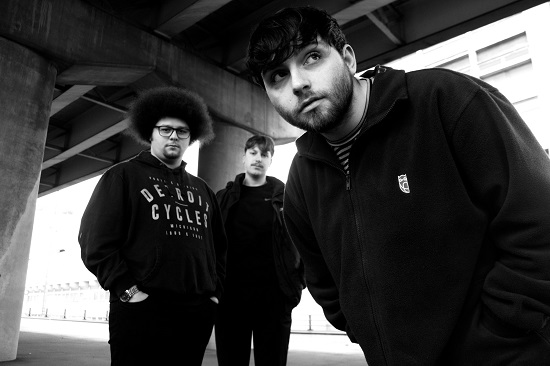 RP: I think ‘My Only Solution’ envelops a period of collective searching, one where the hubris of youth attaches itself to a multiplicity of certainties. ‘My Only Solution’ is ours, it encapsulates adolescence. To explore these possibilities, stemming from the verb ‘plorate’ or ‘to cry’, is out of fear.

RP:  would say It does, until the fear goes away. I for one am god-fearing. We all have our fears.

Music is categorized into various genres and sub-genres. How would you define your sound?

We usually go with alternative rock, but we kind of blend a lot of stuff together. So I suppose it’s just alternative.

What individual and collective influences do you draw on for your sound?

RC: I love to have contrast in our music so I’m always looking for new stuff I haven’t heard before.

You’re just about to release your third album… can you tell us a bit about it?

RC: Our new record is super immersive I would say. It’s purpose built to make you feel something and I hope that it does just that.

RP: Connected to the third question, I feel that many lyrical themes are constructed around verbs associated with fear: to run, to hide, to cry. Fear offers, however, the opportunity for courage.

RC: The whole album is really personal and took a long time to make for that very reason. But the reason we write is to get those feelings out and try to connect with people who are maybe struggling themselves.

RP: I’d say it’s pretty crucial these days if you wanna reach more people than your hometown. It’s how we find out about shows and buy tickets for shows, as well as find new music. It’s become part of people’s lives and I think that should be embraced when promoting.

RC: I think they’re equally important. Because streaming is just the way most people consume music now. Even people who buy vinyl, cd or any other physical media generally still listen on streaming services. And social media is how you get people to your music. So they go hand in hand.

The pandemic of the past two years led to a lot of bands having to explore other methods of generating income marketing themselves. I’m thinking of how many bands found themselves having to go down the live streaming route. And a lot of them charged their fans for watching the shows. I know there are pros and cons to “free” versus “pay per view”, but as a young band I’d be interested to know if, given the shitfuck of the past two years, it is more important for you to get your music out there than to make money out of doing so? I guess the point I’m making is “is it worth some short-term pain for long term gain”?

RC: As generic as it sounds it’s never really been about the money for us. We haven’t really made money at all over the past few years from the band but it hasn’t stopped us from making and releasing music. I think it’s far more important to get your music out there than make money, especially if the purpose of the music is to connect with people. That’s the purpose of our music.

RC: I would say so, I do think the live streams are a good way to reach people who are also unable to come to shows.

RP: Let’s wait and see. It would be wise to keep your ears open also. (Podmore)

RC: I mean hopefully we’ll be playing some shows, we’re in the process of completely revamping our live sound so should be fun. 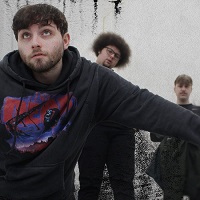 AR: None
RC: Gravy all the way
RP: Gravy – the real question is fork or no fork?

AR: Iron Bru
RC: Iron Bru
RP: Google says I should like the former but my compadres are pulling me to the latter.

AR: Smarties
RC: I’m diabetic
RP: I’ll have to ask my mum first – she usually takes the blue ones out.

AR: Nope
RC: Keep fruit away from tomato sauce
RP: Absolutely – it contains bromelain to complement the ham which will be accompanying it.

Final question: now live gigs are fully up and running again, and you’re given your choice of any bill to be a part of, who would be the three other bands (signed or otherwise) you would choose to play with?

Bring Me The Horizon, Nothing But Thieves and Bad Omens.

‘Violent Delights Have Violent Ends’ will be released on 1 July.