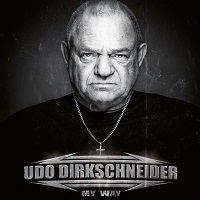 To mark the occasion, he is releasing a new album, ‘My Way’, featuring him delivering his own take on 17 songs which have influenced him throughout his life and career. It’s certainly an eclectic collection, featuring covers of songs by the likes of Alex Harvey, Arthur Brown, Motörhead, Queen (‘We Will Rock You‘ is the first single), Billy Squier, Led Zeppelin, fellow countrymen The Scorpions, Tina Turner and, of course, Frank Sinatra.

Last week I caught up with the veteran singer to talk about the album, the selection of songs, his 40+ year long career and the legacy of heavy metal…