The godfather of British blues, John Mayall, shows no signs of slowing down, as he has added three dates on the island of Ireland to his previously announced ’85th Anniversary’ tour.

The tour originally had been due to finish on 20 November – but the added dates will take the veteran bluesman right up until the cusp of his 86th birthday!

The added dates are at the Limelight in Belfast on Friday 22 November, Dolans in Limerick on Saturday 23 November and Dublin’s Olympia Theatre on Sunday 24 November – just five days before he enters his 87th year! 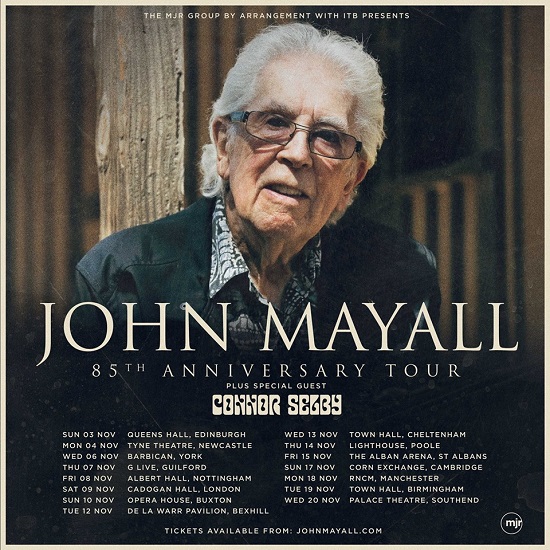