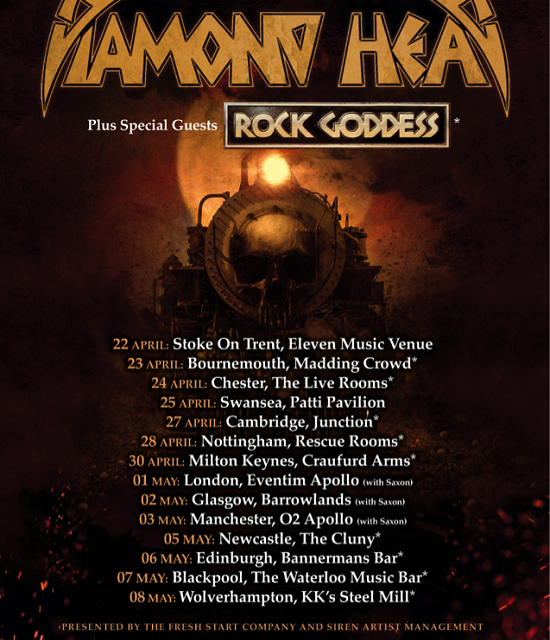 NWoBHM stalwarts Diamond Head have announced details of their first UK headline shows since 2018, with a run of dates scheduled for next April and May: 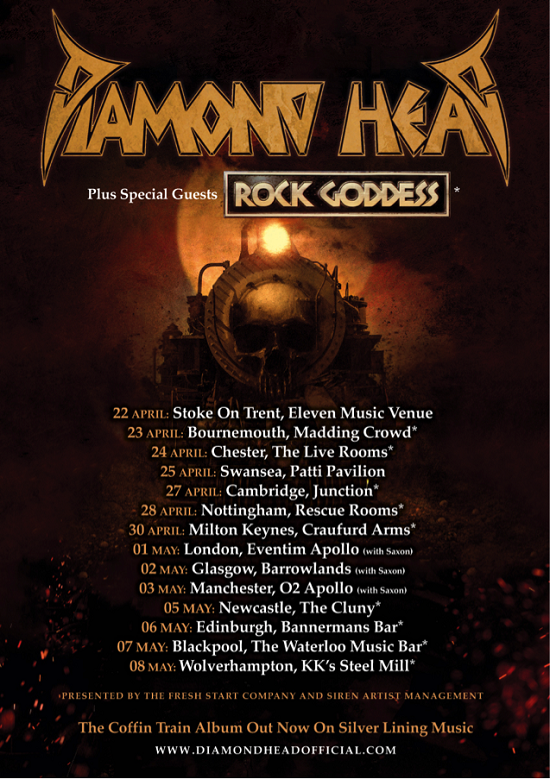 The run includes three support slots with fellow NWoBHM legends Saxon at the beginning of May, while Rock Goddess will be the special guests for the headline shows.

Diamond Head also will be releasing a re-recorded version of their classic ‘Lightning To The Nations’ album, to mark the 40th anniversary of the original. Due for release on 20 November, you can get your copy HERE.