ÜS hard rockers Fozzy have announced that they will be returning to the ÜK and Ireland for the second time in less than a year, with a run of dates in November: 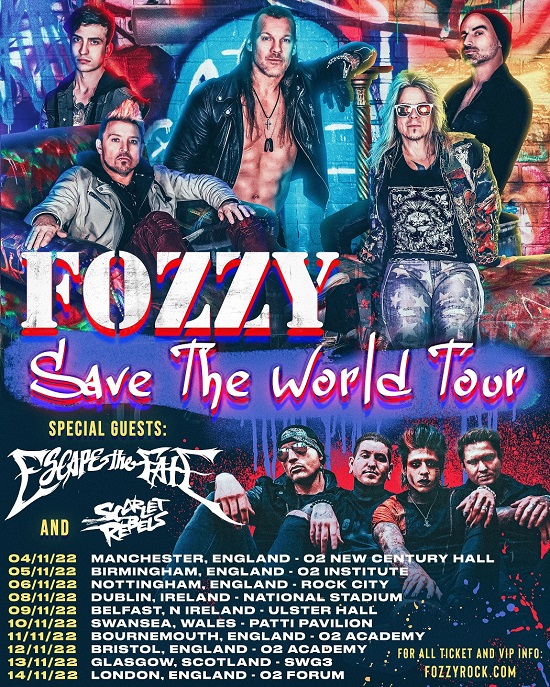 Tickets for all dates are on sale now.

Fozzy released their most recent album, ‘Boombox‘, on 6 May.