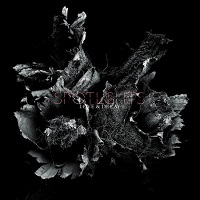 ‘Love & Decay’ isn’t just the title of Spotlights’ third full-length, but an apt description of the weighty emotional resonance they cause with their crushingly heavy yet oddly uplifting music. Difficult to categorise, the New York-based band push pop sensibilities through an incredible intense emotional filter, their music bridging the gaps between what can be done with a sense of unyielding melody and sheer sonic weight.

From the moment the dam bursts on ‘Continue The Capsize’ fans will recognise the hallmarks of thunderous post-rock in all of its enormity. There is an emotional resonance which comes in-built with the ethereal vocals employed by Mario Quintero, burying the melodies beneath a sea of distortion to create a sense of disconnect and yearning that lends the track an instant nostalgia to the likes of Failure, Deftones or (more recently) Nothing.

Carefully balancing their sonic duality, Spotlights are masters at employing incredible melodies alongside unbelievably weighty drum/bass beats. The end result sits somewhere between the intense emotional performance in instrumentation one might find in a Toundra or Sleepmakeswaves, alongside the aforementioned distorted vocals of ‘90s era alt metal, a modern employment of shoegaze like effects to create lofty melodies and the sheer post-hardcore beatdowns of a band like Unsane. And somehow it all works, the scales never shifting too far in one direction or another, instead creating a seamless balance of styles that has allowed the band to appeal to fans of everything from Melvins and Deftones to Quicksand and Pallbearer.

Unsurprisingly, Spotlights eschew the traditional verse/chorus/verse structure throughout ‘Love & Decay’, employing extended instrumentals to tell a story which reaches far deeper than traditional narratives of songwriting. With much of the material aimed at exploring the story of its key songwriters Mario and Sarah Quintero, its not surprising that Spotlights don’t want to go too much into telling stories or rehashing tired platitudes as they do expressing intense emotion in enormous bursts of sound and energy.

The riffs seem to go on for miles, striding the land like a titan with a mission, expanding beyond the usual realms of frequent key and pitch changes that typify so many other post-rock acts to sometimes just let one riff rule the world. Take the thundering power of ‘Until The Bleeding Stops’ – the riff to this song wouldn’t go amiss in an enormous stoner track by a band like Torche, Forming The Void or Karma To Burn. Employed here, the band don’t alter or experiment with its continent-striding energy so much as build the rest of the song around it, utilising its momentum to power a track which feels like it is breaking through the cosmosphere.

Considering its deliberately challenging aesthetic, post-rock can often be something of a nebulous beast to pin down, even harder to build appeal around acts that don’t fit a set structure. Spotlights have managed to achieve this already somewhat by racking up airmiles alongside acts like Melvins, Quicksilver, Deftones and Pallbearer, managing to win fans across despite genre boundaries and a distinct sense of otherness to all of the aforementioned acts. While they might not pepper their songs with singalong choruses, the fact remains that tracks like ‘Xerox Mix’ and ‘The Age of Decay’ feel like bona fide tunes, the kind of tracks that will resonate on a deeply intimate and personal level.

The line between intimacy and enormity is heavily blurred on Love & Decay, Spotlights fully utilising the inherent emotional weight of their own relationship as a catalyst to create something powerful and personal. Throw in immense sonic atmospheres which feel almost cathartic and some wonderfully warm instrumental performances and the ingredients are in place for a deeply satisfying and lovable post-rock release, lending a very human face to a genre which can often feel alien and unfathomable.