Departed vocalist Mark Pascall has been confirmed as the new frontman with UR-approved retro rockers Cats in Space, replacing Paul Mandi, who confirmed earlier this year that he was leaving the band after four years. 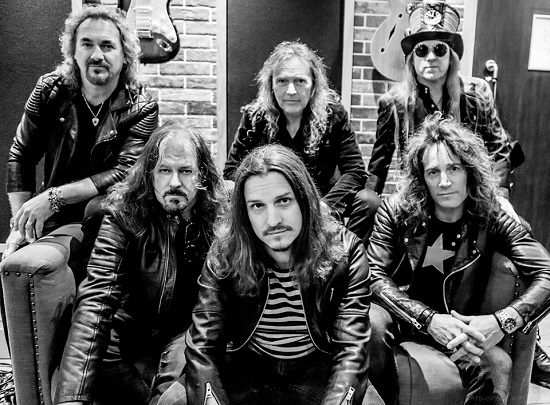 Pascall said of his new role:

“These a big shoes to fill and I’m looking forward to showing a different side to my vocal ability and to being part of the Cats journey. I have been following the band closely for a while and I know that the “Cats Family” are very loyal/supportive and I will do my best to carry the torch

“CiS will be a priority but Departed fans … please rest assured that I am not leaving!! Your support over the past few years has been incredible and has helped to take us to places and heights I always dreamed of and I hope you’ll continue to be there moving forward.

Also a massive shout out to my family for their continued support! Without their help none of this could have become possible. Thank you to my partner in crime Mrs P for encouraging/believing in me, especially during the times of self doubt!

“Having Mark join us to continue the promotion of ‘Daytrip to Narnia’ is going to be awesome, but more than this he will be involved in a whole host of other ‘Cat activities’ heading your way later this year too, so be prepared Cat fans, we have some amazing things lined up!”

Pascall will make his live debut with Cats in Space during the band’s forthcoming run of summer festival appearances.