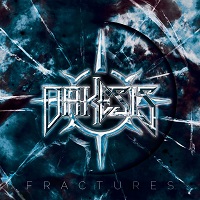 It’s always great when you get to see a band develop over the years from the most humble of beginnings and on their rise to greater things and today I’m excited to be able to review the latest release from a band pretty close to my heart – Dakesis.

Now I remember Dakesis when they used to practice above The Black Horse, an unassuming rock pub hidden at the back of Aston University where our Rock Society used to spend all of our hard “earned” cash. Since then they’ve had some rocky moments, particularly a change of lead vocalist (and subtle change of direction) many years ago which some hailed to be the end of Dakesis. But they couldn’t be farther from the truth! If anything, this heralded the beginning of a new successful age of the band, with Gemma taking command of the centre stage.

Many years have passed since that beginning though, and it’s been 4 years since the release of their last album ‘The New Dawn’ but that does not mean that the band haven’t been busy with relentless gigging, becoming the organisers and crew of their own festival – Power Metal Quest Fest (which I was lucky enough to be invited to last year) and even an appearance on the Bloodstock New Blood Stage to name but a few achievements. But now the fans are hungry for some new material, and it’s finally here in the form of ‘Fractures’.

If you don’t know what to expect from Dakesis, well let me try and give you a little taster of what awaits you from Birmingham’s top quality power-prog metal export… Expect to hear some crazy technical guitar playing, equally ridiculous bass-lines, outstanding vocals and intricate drum rhythms all pulling together to weave fantastical tales. Sounds pretty tasty right?

And if you do already know what to expect, especially if you were a fan of ‘The New Dawn’, then you’d better buckle the fuck up because ‘Fractures’ will take you for a hell of a ride!

Like any good story, ‘Fractures’ has to have a proper introduction to set the scene, and this is achieved with a combination of traditional sounds and a hint of the Orient in ‘Eos’. This successfully lowers your defences so that ‘Ends of Time’ (Parts 1 and 2) can burst forth with maximum impact to grab you by the back of head and make you pay attention. This is a pretty fantastic opening track for the album and gives all of the members a chance to show off what they’re bringing to the party. Gemma’s voice and Matt’s guitar skills particularly stand out in the first part of this two-part epic symphony.

I’ll focus on a couple of the other tracks that stood out while I was listening to this, but that’s all you’re getting as you really need to grab the album and listen to the whole thing to really appreciate it. But anyway, I digress, one of my standout tracks on the album also happened to be one of the leading singles – ‘Surrender Your Fears’. This manages to cram a little bit of everything into the six-and-a-half minutes of sheer epicness. There are high points, low points and a real sense of power in both the music and the vocals. The tribal-like break in the middle of the song is also pretty impressive as it lays a foundation for a brief piano interlude. But we can’t end on a lull, that just wouldn’t be proper, and the song builds back up to end with an abrupt crescendo.

I feel like this would be incomplete without a gentle ballad number and, as if my mind had been read, suddenly the emotive ‘Legacy in Memory’ appears. Predominantly driven by the soft piano melody and vocals from Gemma, accompanied by some elegant harmonies from Amie. It builds itself up into a powerful ballad backed by the whole band that tugs right at the heartstrings exactly as it sets out to do.

Overall, ‘Fractures’ is one hell of an album, and a must have for anyone who is even remotely interested in the genre. It’s everything I hoped it would be and more, Dakesis have really outdone themselves this time and set themselves quite the target to beat when they come to record a follow-up album! Even more impressive is that the band have taken more of a DIY approach with this album, with guitarist Matt taking control of the mixing and production. This has resulted in a pretty faultlessly produced album that reaches your ears sounding just as the band intended. Unfortunately, the plans for a big album launch show at the Asylum can no longer go ahead, but hopefully we may see a live-streamed performance of the album instead – watch this space!