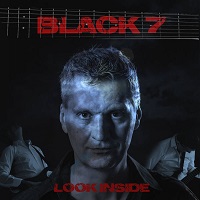 Now, right at the outset, I have to hold my hands up and declare that I’m not a massive fan of entirely instrumental albums. They’re not the sort of thing I tend to sit down and listen to out of choice. Like classical music, I tend to view them as background soundtracks to other aspects of life, such as researching my book, because your concentration on such matters is not interrupted by having to do the same in regard to lyrics and meanings. Now, this is in no way intended to decry or denigrate the musicians involved, as there are numerous fantastic rock and metal instrumentalists, too many to name in this already over-long intro, who have chosen not to add vocals to their material, and to varying degrees of success: there are many times when I have listened to a purely instrumental track and thought “that could do with a big fuck-off scream right there…”

When I first hit play on this debut solo CD by German guitarist Lars Totzke, it was very much a case of it being background music: I was looking for something that I could blast, without distraction. However, that quickly changed, and I almost immediately found myself stopping what I was doing as I was drawn, deeper and deeper, into its intricacies and subtleties.  There is just so much going on, from a death-dealing speed metal riff here to a pompously overblown melody there, from solos that would sear a steak quicker than a Texan barbecue to beautifully constructed passages of lilting pathos, all of which counterpoint each other superbly.

If you’re looking for adjectives or hyperbolae to describe what Totzke produces, then I’ll chuck in words like “majestic”, “sweeping”, “symphonic” as well as “thoughtful”, “transcendent” and “virtuoso”, all of which summarize and yet fail to do justice to this emphatically declarative album. Unlike many guitarists, including several of his countrymen whom I will not to the injustice of naming, he knows how to use his instrument as just that. He is not concerned with how many notes he can widdle-diddle into every millisecond: he is more concerned with what he leaves out, the breaths between the notes and how he cuts them short rather than leaving them hanging in the ether. In doing so, he brings an alacrity and sensibility which echoes his passion for his craft, as exemplified by the fact that after the histrionics of the likes of opener ‘Unleashed’ and the fiery ‘Awakening’ the most melancholic track is the title one, which not for the first or last time sees him merge acoustic and electric instruments to beautiful effect.

If, like me, you think that instrumental albums are largely for background, then buy this one, and when it arrives stop and listen to it. For 70 minutes, your life will stand still. But, it will have been worth taking that time out… It certainly was for me.