FESTIVAL NEWS: 2000 Trees continues to get bigger with a week of announcements 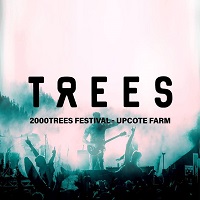 We’re a month past Christmas, but that hasn’t stopped 2000 Trees from dropping a band-based advent of announcements as they dropped a new name a day all last week.

Things started big with Rolo Tomassi on Monday, the announcement perfectly timed to take advantage of the critical acclaim the band have enjoyed for ‘Time Will Die and Love Will Bury It’, the record landing on a fair few industry end of year lists.

Next up were Southern madmen The St. Pierre Snake Invasion, the Bristolian group who take hardcore and shake it until it resembles nothing else on this planet.

Roaring punks Petrol Girls joined the line-up on Wednesday, promising a number of tour-dates to coincide with their appearance that suggests that a full-length follow up to 2016’s Talk Of Violence may hopefully be just around the corner.

Pop punks WSTR were announced on Thursday, continuing their prolific schedule which has seen them drop two albums in as many years and tour far and wide – including some European dates next month.

The week was closed out by LIFE, the Hull-based quartet showcasing Trees’ continued commitment to championing up and coming talent from the UK and beyond.

Tickets are on sale now and available in a variety of packages, allowing fans to purchase 2-day, 3-day or single day tickets, as well as an instalment scheme which allows fans to spread the cost across monthly – or weekly – installments.