TOUR NEWS: Behemoth and Arch Enemy to lay siege to 2021

Behemoth and Arch Enemy are to join forces for what promises to be one of the heaviest tour double billings of 2021.

Next Autumn’s ‘European Siege’ tour will kick off with five dates in Ireland and the ÜK: 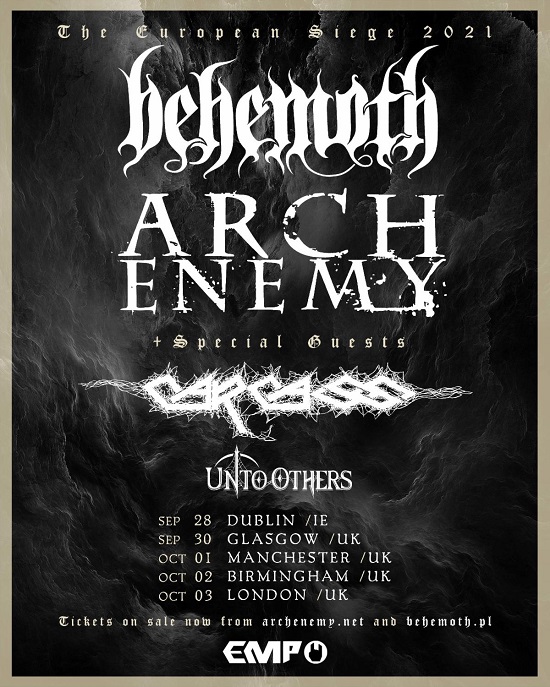 Special guests on all dates will be Carcass, with Unto Others opening proceedings each evening.

“After more than a year’s break from live music, we can think of no better homecoming to our beloved Legions than delivering to you a performance of new music and an event for the ages.”

”As we’ve been going through these troubled and challenging times lately, I think we all need something to look forward to. A reason to believe, right? Well… this is it!! ‘The European Siege’ tour is undoubtedly the ultimate Metal tour of 2021 – see you there!”