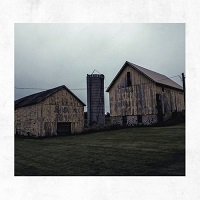 I have a double feature for you today. We are taking a look at both ‘Eternity’ and ‘Midsummer’s Twilight’, both very clearly spawn from the same pool of influence but at the same time have a very different feel to them. There is just something truly special about this dark, atmospheric, almost ambient metal. It really speaks to me at a deep level. There is so much emotion hidden in what is, on the surface, a relatively simple style.

Starting with ‘Eternity’, there are not many vocals to be heard. There are some peppered throughout the album, but they act more as an accent to the music rather than being front and center as vocals usually are. At times they are even used as an effect within the music. For example, in the second track, ‘The Ethereal Forest’, the vocals sound like an angry wind. At first, I did not even realize that they were vocals. It is a wonderful effect that draws you in.

In ‘Midsummer’s Twilight’, on the other hand, the vocals take a much more prominent role. Here few tracks are instrumental and on track two, The Forest Will Weep, they bring in a female vocalist to contrast the dark growl that is in the rest of the song. It is a beautiful contrast and, I think, a smart one. With the re-release of ‘Eternity’ and the new release of ‘Midsummer’s Twilight’ being at the same time, it was great to give each album a different flavor while staying true to the style.

On to the music. It is beautiful! If you have read any of my previous reviews, you know I love it when I hear an instrument that is outside of the standard guitar, bass, and drums. In ‘Eternity’ there is a decent use of a piano, which I love, and in ‘Midsummer’s Twilight’, they used a violin to accent the music as well as the piano. Both albums have that dark foreboding feeling, almost cold, yet somehow oddly comforting. It is wonderful how they managed to have each album stand totally on its own and feel so different while managing to not feel like the band has lost their way or abandoned what makes them great.

In short, both of these albums are worth your time. They are a wonderful experience from start to finish and I think you will regret not giving these a chance. I believe that these will become a staple in your collection. They are perfect albums to just sit back and experience. Let the emotion poured into each song wash over you.