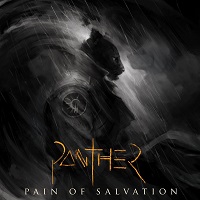 Pain Of Salvation are a relatively new band to my ears. I know, I know – their first album was released over two decades ago and I’m an uncultured swine, but you got to find a band at some point though, haven’t you? They first crossed my path when they played Manchester’s Club Academy back in 2018 but I never really got round to giving them a proper listen despite a few friends of mine singing their praises quite loudly. It wasn’t until I decided to sit and watch the music video for ‘Accelerator’ which is the first track from the forthcoming album, ‘Panther’ that I really got invested in checking out more of their stuff – it’s a pretty weird video itself but man, there’s something about the swell to a crescendo that really catches my attention, also mad synths, gotta love some of that.

Daniel Gildenlöw’s vocals are right at the forefront, he’s got an outstanding, unique voice that compliment the jumps between eccentric time signatures, he also seems to love doing his “mmmMMMM” thing between vocal passages. ‘Unfuture’ with it’s repetitive scraping acoustic guitar is a constant presence over the top of the dark atmosphere, ‘Restless Boy’ goes all in with it’s synths before giving way to ‘Wait’.

‘Wait’ probably stands out as one of my favourites on this album since I’m a complete sucker for piano in my prog, layered with complimenting classical sounding acoustic guitar, it’s an absolutely fantastic song. I’ve definitely got a real soft spot for the sort of prog that builds a soundscape and has a lot of parts to home in on, the bass guitar is especially good in this too.

Overall this album so far really shows off some well-honed experimentation of different sounds and instruments that still sounds cohesive, ‘Keen To A Fault’ shows this off quite well with it’s busy acoustic arpeggios that randomly jump into intense synth breaks and back with drums that sound more jazzy than anything else. With a brief banjo interlude (No, really) in ‘Fur’ we move to the title track of the album, ‘Panther’. Starting off it reminds me quite a lot of some Linkin Park stuff with it’s glitch samples and rapping, then moves into a second half that’s almost completely at odds with this in that it sounds like Prince? That’s prog for you really!

For the last two songs we have ‘Species’ which has some really strong Soundgarden elements to it, the guitar, the supporting synths and the style of singing all follow motifs that resemble a lot of their work. And finally, as with nearly every prog album, you’ve got your long epic, in this album’s case it’s ‘Icon’. ‘Icon’ seems to draw in a lot of influences into itself from older prog bands, most notably Pink Floyd, YES and some King Crimson in there for good measure, it’s a real pleasure listening to this particular track because even at over 13 minutes long, it doesn’t feel like it’s outstaying it’s welcome and is a worthwhile send off for ‘Panther’.

Overall, this is a really solid prog offering and with an incredibly long career backing them up, it’s hardly surprising that they’re comfortable taking unusual approaches to songwriting and building up layers that make for complex soundscapes. For someone just getting into prog it might be a bit of a tough listen, but for your seasoned prog listener there’s a lot of satisfying elements that make for interesting listening.