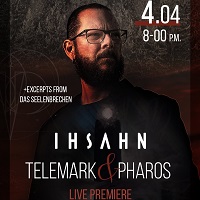 While many folk are going mad today with the indulgence of chocolate eggs and such like, I’m indulging in my own cravings in a very different way by settling down for an evening with Ihsahn. Now, you may have realized that Ihsahn was pretty busy in 2020 with the release of not one, but two fantastic EPs that we’ve yet to have the pleasure of hearing live. Fortunately, tonight that is all about to change with a pretty packed live event ahead promising both EPs to be played in full! So, I’ve got myself dressed up in my finest black band T-shirt (well, the cleanest anyway), cracked open a can of delicious booze, and got myself cosy in the lounge for the spectacle ahead.

There’s only 20 lucky people allowed to be in the room for this performance, so Ihsahn will be relying on them to make the noise for the rest of us watching at home! But to start things off we’re greeted by Ihsahn and the rest of the band sitting down for the mellow introduction for ‘Losing Altitude’ which is almost album quality in its performance boding well for the rest of the performance. The relatively mellow nature of the ‘Pharos’ EP results in this section of the performance feeling similar to a chilled-out cabaret performance which is unusual considering Ihsahn’s history, but I’m totally here for it.

This vibe continues through ‘Spectre at the Feast’ and into ‘Pharos’ which are also absolutely spot on with the performance tonight! A gentle piano interlude builds the suspense prior to the performance of the final ‘Pharos’ track ‘Manhattan Skyline’ which is written as a tribute to Ah-Ha. But, hang on, looks like we’ve got ourselves a surprise appearance from Leprous vocalist Einer Solberg to take on vocal duty for this song. There’s no real surprise that he absolutely belts it out with a pitch perfect performance to close out this first part of the evening. The performance here is interspersed with clips form the music video for the song, but I don’t think this is needed as the performance is captivating enough! 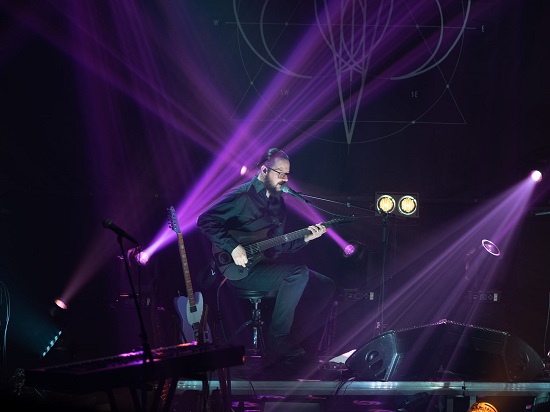 Next up is a bit of a surprise with a selection of tracks taken from ‘Das Seelenbrechen’ to take things in a heavier direction yet still maintaining the experimental thread that we’ve been riding for the last half hour. The chilled out seated performance feels like a distant memory at this point as we’re treated to some pretty roaring renditions of ‘Hilber’ and ‘Pulse’ to warm us up for a trip through the ‘Telemark’ EP!

Catching me a little bit off guard, the ordering of the tracks has been shuffled slightly and differs from the EP, unlike the first half of the performance which was a cover-to-cover affair! Instead, this section of the set starts with the two covers from the EP which have inspired the sound of the original songs. First up is Lenny Kravitz’s ‘Rock and Roll is Dead’ and closely followed by Maiden’s ‘Wrathchild’, the latter is a cover that I loved on the EP so to be able to hear it live is pretty fucking great to be honest! After this, we pick up back at track one from ‘Telemark’ – the excellent ‘Stridig’. The music is certainly heavier, of course, and the video has switched to grayscale to match the cover artwork and the grimness of the music. 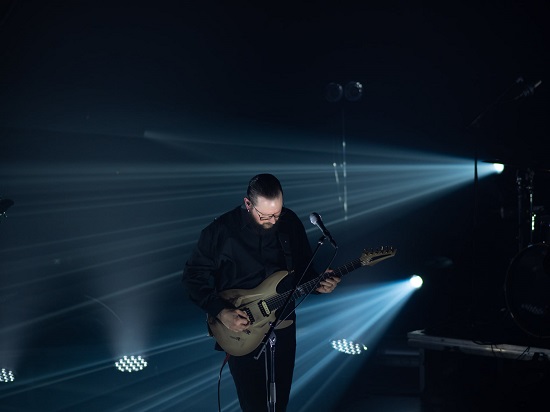 Before I realized what had happened, we reach the final song of the evening, ‘Telemark’, This ends things on a real high with the level of intensity that ‘Telemark’ brings to the show and is the perfect way to sign off, in my opinion!

All in all, I can’t think of a better way to have spent my Easter Sunday, Ihsahn has ticked all the right boxes with this impressive playthrough of the two EPs that were worth getting excited about last year! I know we keep saying that online streams are not the same as in-the-flesh performances, but nevertheless, tonight’s show sure as hell has scratched my itch to tide me over for a little while!