Notice: Trying to access array offset on value of type bool in /var/www/wp-content/themes/Extra/includes/builder/functions.php on line 2367
 FESTIVAL NEWS: Candlemass to bring the 'Clang' to Dublin - Über Röck

FESTIVAL NEWS: Candlemass to bring the ‘Clang’ to Dublin

The event, which originally was due be held this past February, will take place at Dublin’s National Stadium on Saturday 26 March. The bill will also feature Swiss brutalists Coroner and rising doomsters Green Lung, alongside Italian death metallers The Modern Age Slavery and Klogr, as well as Irish acts Words That Burn and The Risen Dread.

Tickets, which come with a €20 discount during December, are available HERE. 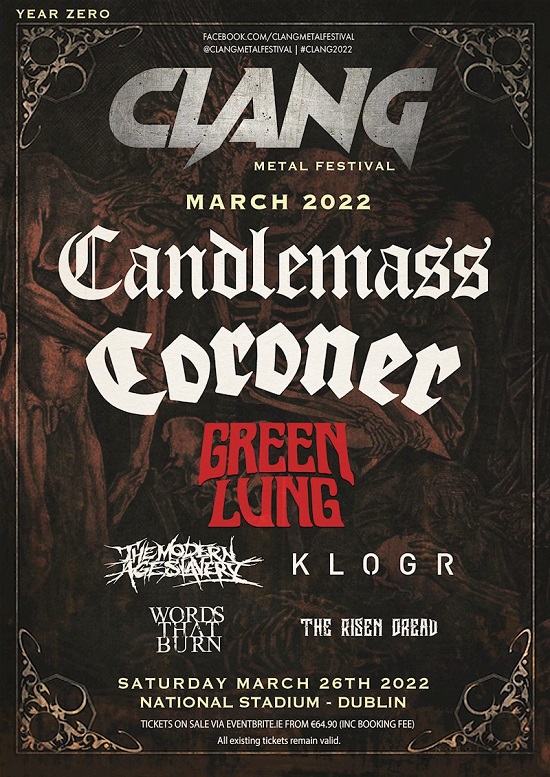