After The Fall – ‘Isolation’ (SBÄM Records) 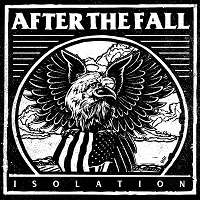 If there is one word which can possibly summarize what many of us have felt over what is coming up to be the past two years, it is most likely isolation. Isolation from our family. Our friends. Our loved ones. Even our passing acquaintances, to whom we might have nodded knowingly across the pub. Isolation from reality. From the facts. Isolation in a world of social media. A world of algorithms. A world of unreality. A world where our true isolation has been in music, and the catharsis and redemption which it brings.

New York skatepunks ATF have come exploding out of the Covidicated isolation of the recent past with this defiant and declarative debut collection, which melds old-school pop punk sensibilities with hardcore attitude, delivered with fuck tonnes of anger-fuelled and angst-riddled fury. With only three songs clocking in at more than two minutes (and two at less than a minute each), ‘Isolation’ is old-school punk for the modern era, delivering ten short, sharp shocks to the system quicker than Brock Lesner can suplex a hapless flyweight.

The juxtaposition of male and female vocals adds a different dimension to the overall sound, at the same time offering both impact and impetus to the delivery and final effect, which is one of an impressive slice of punk rock mayhem and an in-your-face kick-ass way to start off the new year.