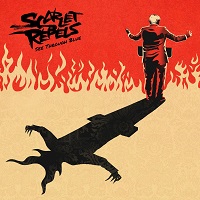 This five-piece from Llanelli had been giggling around the scene almost constantly until Covid hit. I first came across them several years ago when they were called VoiD, but the existence of several bands with the same name prompted the name change to Scarlet Rebels, which also fits with their roots.

After the successful launch of the first album ‘Show Your Colours’ in 2019, it was only a matter of time (which many people have had plenty of) before the second album was written, recorded and launched – and so here it is…

More music in the same, blues-based rock genre is what you get with these boys.  Clean clear anthemic vocals which will have the audiences joining in supported with some superb guitar riffage during many of the breakdowns on all of the tracks.  From the opening track (and current single), ‘I’m Alive’ to the great ‘Storm’, the album delivers solid rhythms and catchy vocals, with all protagonists in the band delivering at points throughput. I particularly like the breakdown on ‘London Story’.

‘These Days’ has a very Stereophonics/Manics like sound to it and has a bit of political criticism in the lyrics, the way many musicians have used their art in the past. The rapid-fire guitar opening on ‘Take You Home’ leads into the breathless lyrics of Wayne Doyle, which take you through track, with the solid drumming of Gary Doyle driving through to the guitar solos. Great track.

The opening of ‘I Can Sleep Now’ slows things down a bit before it reaches the crescendo in the breakdown and the return to the clean guitar riff that carries the track throughout to the end. There’s another change of style to a chug-a-chugging opening guitar style on ‘I Can’t Say’ that will really have you tapping your feet in time with the beat.

‘Take It’ is another rock track with a foot tapping rhythm to it.  What I like about all the tracks is that the mix is clear with no muddiness in the vocals and all the instrumentation on all the tracks has its place in the mix.  The ballad on the album is ‘Leave A Light On’ and the guitar tracks are sympathetically written to compliment the lyrics, with a nice piano backing track supporting the whole track. This is probably my favourite on the album.

A funkier feel is what you get with ‘We’re Going Nowhere’, which is where the vocals start to get a bit politically critical. ‘Everything Changed’ is the real anthem on the album; it is full of sound but nothing gets lost in it. The multiple guitar tracks, drums and vocals fill the whole track giving a really solid sound that will probably go down a storm live. The closing, title track is an overt political statement on the current political situation which has arisen from the pandemic. The guitar riffs come across as angry and rather punk-like.

Overall, it’s a good album with some very good instrumentation and writing. Its on the verge of breaking into the album chart on pre-sales, so it will definitely get there after release – and deservedly so. Well done. 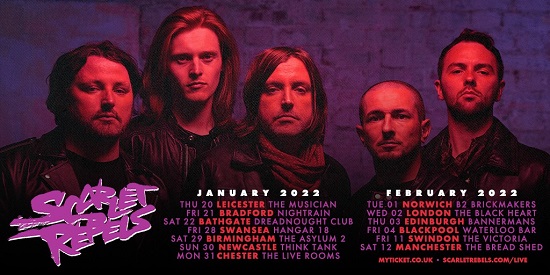