Following on from their recent ‘socially-distanced’ tour with King Creature, rising UK rockers Blind River have just announced their next, full capacity run of dates for April 2022.

Accompanied by Northern Irish progressive stoners Skypilot, a total of nine shows are planned around the UK and Ireland: 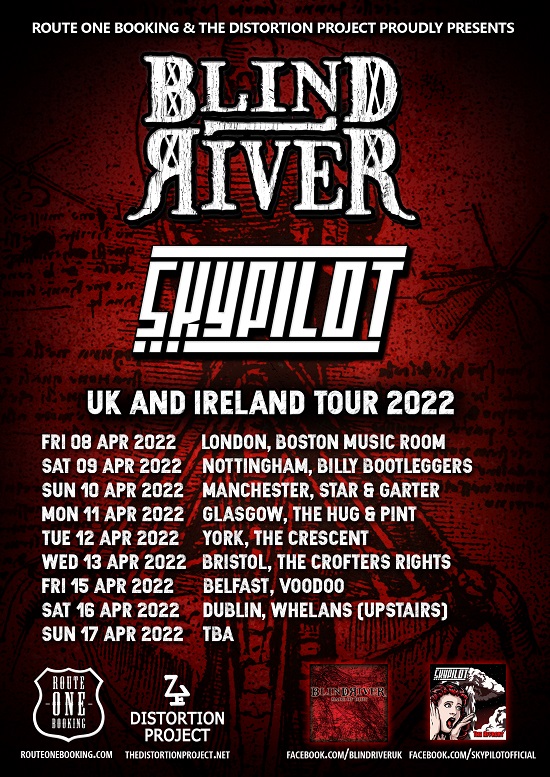 Asked about the tour, Blind River frontman Harry Armstrong had this to say:

“We’re beyond happy to announce this tour. It’s been in the planning stages for so long now, that we almost thought it would never happen. But here it is! We’ve played with the guys from Skypilot a bunch of times before, and it’s always a great night. Now we’ve got NINE of them in a row. It’s gonna get loud. It’s gonna get groovy. And it’s gonna be a blast! Come join us!”

And support band Skypilot, who celebrate their 20th anniversary in 2022 stated:

“We’re thrilled to be on this tour, and we are really looking forward to hooking up with our friends in Blind River again! Our last gig was in February 2020, and we’ve been hard at work on new material since then. Our third album will be out before these dates, and we can’t wait to showcase the new songs for you all. There will be riffs!”