The rather inimitable Sunn O))) playing Manchester? In the Albert Hall, no less, a venue with incredible acoustics which may as well have been designed for such a gig, indeed a quite fabulous setting for it. My choice had been between this and HRH Prog, with this gig being a fairly easy winner, despite my love for some of the bands on the Prog line up. Even the now usual train cancellations were not enough to keep me away. Sunn O))) are nothing short of an experience, however you look at it, with my previous experience of them being at the short lived Temples festival, where rumours were bandied around that the last day was delayed due to cracks in the building, following the headline Sunn O))) set, where a suite of mirrors reflected every pointt around the room – what audio/ visual delights were in store for me tonight? 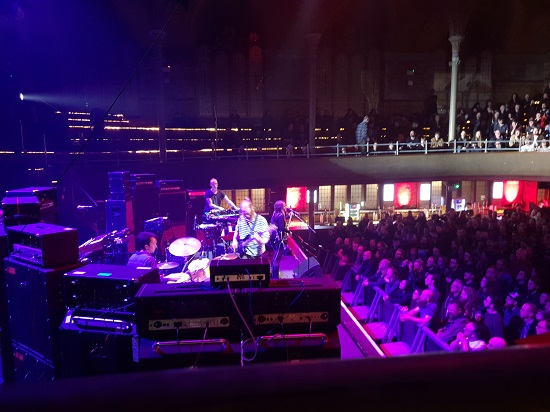 Our support act is Sweden’s Anna von Hausswolff, with a rather intriguing, almost prog take, on ambient/ethereal drone. Anna is quite obviously the band leader, looking round at the others members to keep their timing impeccable, providing elements of guitar, synth and vocals at varying intervals, with the vocals going between an almost distant shout and barely even there, while the melodic discordance behind the vocals is very capably delivered by her band. The crowd are rapt, as am I, most audibly demonstrated when it cuts to solely Anna’s vocals in the midst of a song and you can hear a pin drop in the slight breaks between vocals. A fantastic and apt opening set. 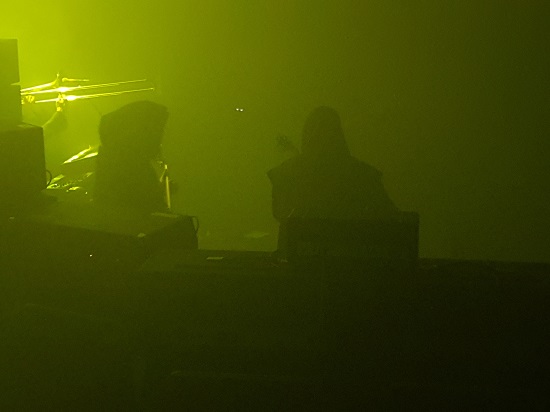 So, on to our erstwhile hosts then and an apology for the pictures at this point, as the venue is filled with what looks like a solid wall of smoke, which billows out almost constantly through their set. They’re 20 minutes early to play, deciding to instead perform a longer set rather than keep us all waiting once everything is prepared, coming out individually, clad in cloaks which obscure all but their hands and faces. While the visibility in person is a slight bit better than the above picture indicates, it’s not by much – I find myself squinting off into the fog to try and make out more than the occasional Nazgul looking shape behind the amphitheatre of amps they have set up on the stage. 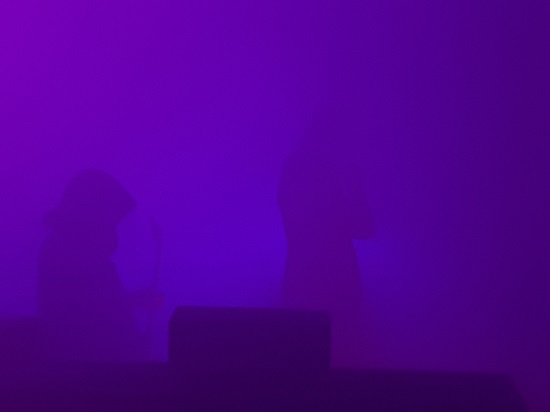 We get some trumpet action for several minutes, taking the focus off the drone drenching of the guitars and synth and adding something a bit different which adds, rather than detracts, from the sonic assault on our senses. At several points, the floor beneath me vibrates almost as if the resonance frequency has been hit, shuddering my entire body in time with the distortion, to my initial delight, making it as multisense a performance as they can, given the limitations they have themselves imposed with the billowing cloud. What had earlier been a decent side on vantage point is now nothing, with even the nearest amps, a mere 10 foot away from me, obscured at times, heightening what is almost a claustrophobic feeling at times, enhanced by their musical stylings. Itis a hell of an experience, for some it may actually feel like it, though not for myself. Another fantastic performance from the drone legends.

PHOTO CREDIT: Photos by the author.