It is not an everyday occurrence, but there are occasions when the main reason for going to a gig is not the actual headliner but one of the bands on the undercard. And, this was just one of those evenings, as the big attraction for both your ÜR duo and many others undoubtedly was the re-emergence of special guests The Irontown Diehards, after a protracted period out of the limelight, squirreled away in the studio preparing for the imminent release of their second album… but, we’ll come back to them in a moment… 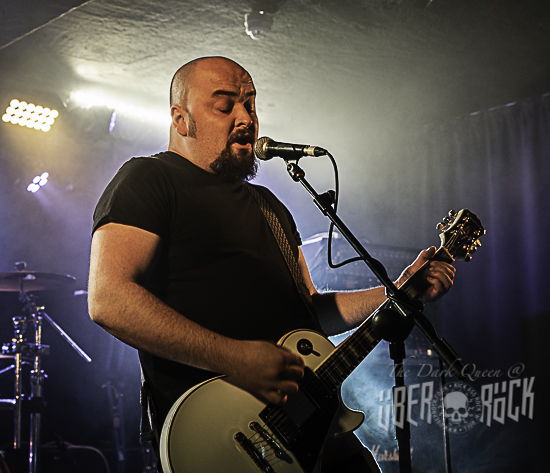 “It’s Belfast and it’s Saturday night” declares Like A Hawk frontman Aaron Archibald – who must rank as one of the politest in the business – in perhaps the most obvious comment of the evening, before the Limavady quartet prove once again why they are one of the “go to” support acts on the local circuit. In a competent and confident performance, they deliver solid classic hard rock with a hefty groove, plenty of melody and catchy hooks and choruses. Closing out their set with a rather belated call to ‘Wake Me Up’, their set is deservedly well received by the slowly growing crowd. 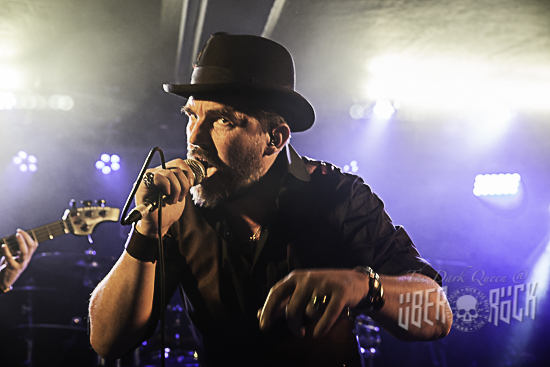 As mentioned above, the main attraction for many present is actually the band in the “special guest” slot, who are making their return to the live arena after what seems to have been an almost interminable three-year absence. The ring rust is evident as they get off to a false start, down to drummer Eamon Lenehan using “the wrong sticks”. But, when they eventually get going it’s time to buckle in for the rock ‘n’ roll ‘Ride’, as they kick off with the lead single from the rather excellent above-mentioned new album, ‘Linchpin’, which is due to land sometime toward the end of November. 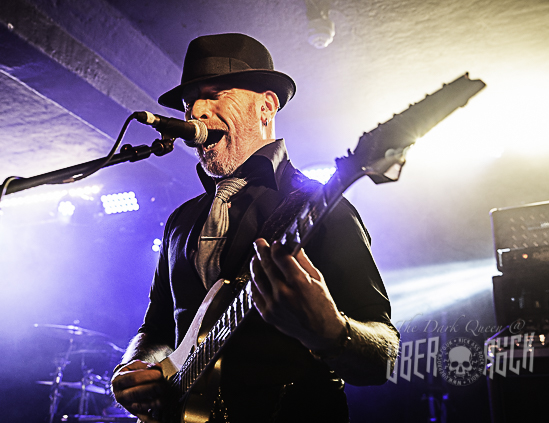 Before the gig, singer Phil Dixon had advised us that their new material was substantially different from that on their self-titled 2015 debut. Although hearing songs in the live environment before hearing the studio versions is perhaps not the most accurate of presentations, we can immediately see what the affable frontman means. With their ‘Peaky Blinders’ style image the only apparent remaining connection to their past, gone is the spit and polish of the first album, replaced with a grittier, grungier vibe to their particular brand of dense, bootleg blooze. Yes, the melodies are still there, in spades, but at the same time there is a darker and more forbidding feel intertwining itself around the overall tone.

It’s an impressive return, more than whetting the appetite for more to come… oh, and, as intimated, ‘Linchpin’ itself is a killer (we’ll be giving our more fulsome thoughts in the very near future). 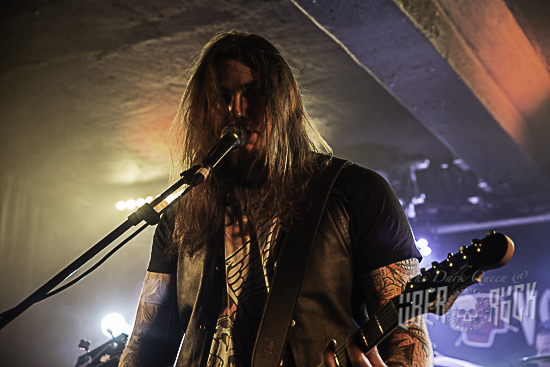 Of course, we also had the small but rather important matter of the actual headline band. Now, the last couple of times I had caught Rosco’s Riot live, they had been off kilter – but, tonight they most definitely have the fire back in their collective bellies, and even the fact they are using a stand-in guitarist (Phil Horner from local metallians Conjuring Fate) doesn’t phase them or interrupt their confident stride.

With frontman Tim Knox a commanding presence front and centre, big chuggy riffs underpin their old-fashioned classic rock sensibility as they deliver 45 minutes of concrete solid hard rock which is the product of undoubted hard graft, getting heads banging and necks stretching almost involuntarily. Imagine Motorhead and the Stooges jamming with Black Oak Arkansas and you’re sort of in the ballpark, while Horner obviously revelled in the opportunity to evoke his inner CJ-style groove. 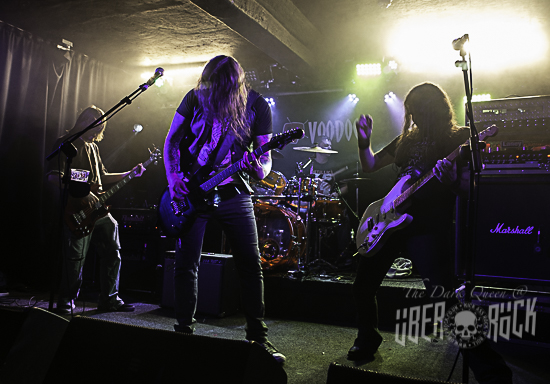 Another great night in the heart of Belfast town. With the local council’s definition of showcasing they city’s culture appearing to be a bunch of out-of-tune disco covers acts playing on the lawns of the nearby City Hall, once again the local rockers once again proved that the cobbled back streets are most definitely, and defiantly, where the real culture, and talent, can be found…