With it being Independence Day in the good ole’ USofA, it was probably a good day to see two Californian touring blues/rock bands in the deep south… well South Wales anyway.

Just to make the bands feel at home it was hot and sticky in the packed-out venue with very little in the way of ventilation. First up were Dirty Honey, a band that had been placed on my radar by my ÜR colleague based in Charlotte NC from their headline gig in the Fillmore. 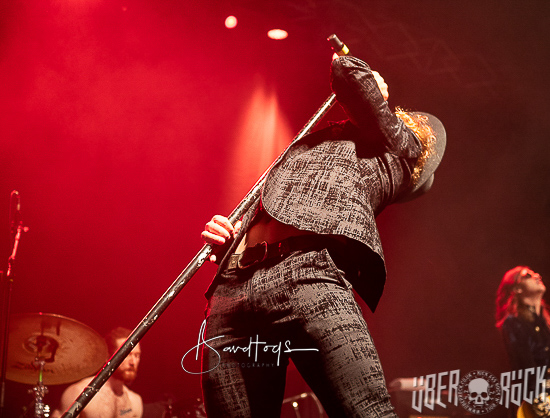 A serious foray into early ‘70s blues-based rock ‘n roll, they kicked off their 40-minute set with ‘Rock n Roll Damnation’ and ‘Gypsy’. It was obvious from the opening notes that Labelle could sing, but then so could the band play.  With a tone a bit akin to a mix of Bon Scott and Rod Stewart (an unusual mix but it worked well) this carried on throughout the set with ‘Break You’.  ‘Heartbreaker’ had a bit of Kelly Jones to his tone in the opening and the ’phonics feel continued throughout the track until LaBelle blasted out one seriously long note held that had the crowd clapping and cheering enthusiastically. 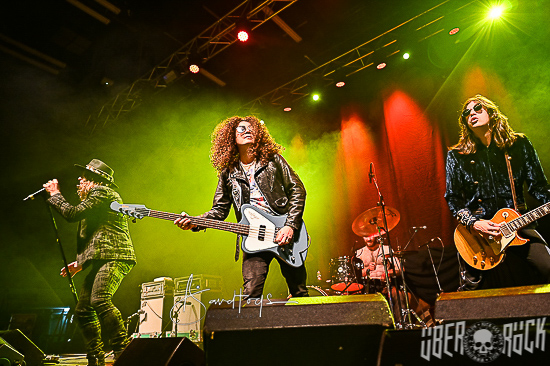 The rest of the set was also a very good variety on the first tracks, and I have to say I was so impressed that I had to go buy the album at the end of the set.  ‘The Wire’ had a serious AC/DC staccato guitar riff at the opening so it was back to Bon Scott vocals.  Whilst the vocals of LaBelle were outstanding, the supporting instrumentation of Jon Notto (guitar), Justin Smolian (bass) and Corey Coverstone had their moments in the sun too.

I have to say that, while I enjoyed the whole set, my favourite track is definitely the finale, ‘Rolling 7s’.  I’m a bit disappointed now that I didn’t see them at Download. Maybe another time…

Rival Sons did a two-part set with a short break in the middle.  Again, this was a set I was looking forward to, as was the now virtually capacity crowd.

Kicking off with ‘All Over The Road’ a serious throwback to the songs and style of the Doors, we’re greeted by Jay Buchanan sporting a brown three-piece suit – seriously, on what was one of the warmest July nights in South Wales to this point: I guess coming from California they are much more used to the heat than we are! 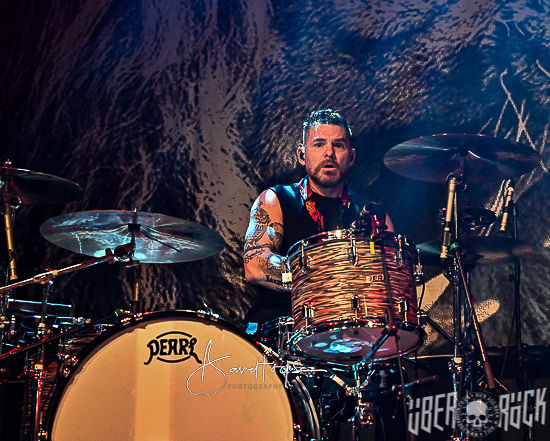 As this was the tenth anniversary tour of ‘Pressure And Time’, it was no surprise that the first half was the entirety of the album, including a seriously long version of the seriously proggy ‘White Noise’ with a prolonged guitar solo by Scott Holiday (who incidentally looked like he had rampaged through Johnny Depp’s wardrobe!). Dave Beste (bass) was so laid back he could’ve done the set from a Chaise Longue… another proponent from the John Entwistle school of stage performance!  Mike Miley (drums) supported the set well from the rear of the stage and occasionally assisted with the backing vocals. However, the most obvious person on stage (apart from Buchanan) was the seriously bearded Todd Ogren on keyboards – if ZZ top ever need someone to take the keyboard role, then he’s the man!

The final track of the half, ‘Face of Light’, is great track to end the first half, much softer than the preceding ‘White Noise’. Buchanan’s voice was just sublime. 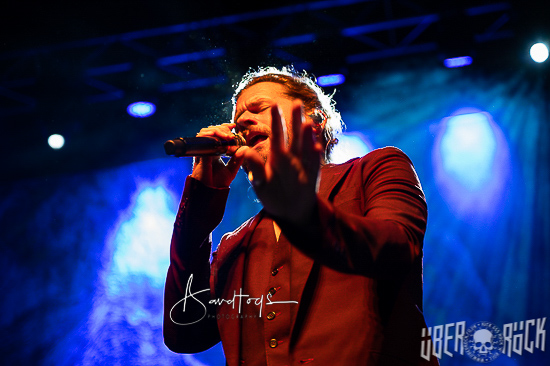 A quick lights out and break gave everyone chance to get some well needed refreshment (water for yours truly), before a much more energetic opener (‘Too Bad’) from the last album ‘Feral Roots’ had everyone nodding their heads in unison to the beat, this was a bit more what some of the crowd wanted and was more of the style many may have seen on previous tours.

The band had very little in the way of crowd interaction during the first half of the set but this was remedied during the second half. After ‘Open My Eyes’ rapidly followed ‘Electric Man’, both enthusiastically received by the capacity crowd (apart from one rather irritating drunk behind me, who kept repeating the same rubbish incessantly). 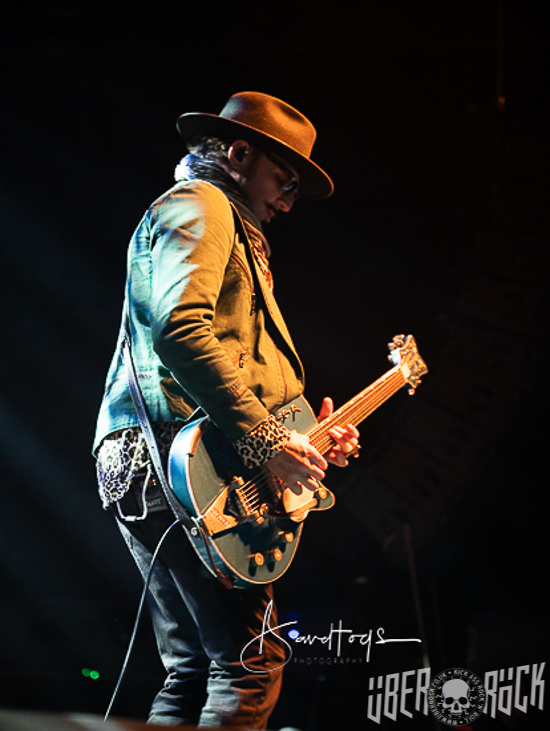 As with many bands after the recent issues of the past two years, a rather reflective version of ‘Jordan’ was followed by Buchanan doing an acoustic version of ‘Shooting Stars’, dedicated to the people of Ukraine, that was cheered by the crowd. Then my favourite track after these, ‘Feral Roots’, was impeccable.

This was a great show by two fabulous groups of blues-based musicians, and I would wholeheartedly recommend getting off your backside to a show if its in your area.