In The Absence of Words – ‘A Collection II’ (Self-Released) 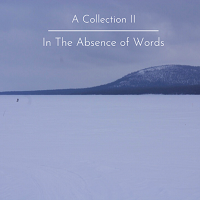 Sweden’s music scene has a lot going for it.  There’s a wealth of genres and subgenres spawning bands and artists to suit near enough everyone.  The metal aspect alone has enough output to facilitate entire record shops with albums.  What the majority of all of the artists have in common though from whichever genre background, is vocals. With In The Absence of Words, as the name suggests, we’re taking a different path.  Having already released ‘Collection I’ that featured heavy synth and effects layers to create immersive soundscapes, ‘Collection II’ follows a similar vein.  The concept being that vocals can detract from the ideas that are being conveyed by the music and instrumentation.   With their removal we are presented with a different dynamic.

It is also worth noting that there is no formally released line-up for the musicians behind the project.  It has been said that this is not to be secretive, but rather that the identities of those involved have no bearing on the creation of the music and therefore serves no purpose to the listening of the finished project.

Opening with ‘Cerulean Reflections’ and what is immediately established is a deep, layered texture that fills the speakers and grows as instrumental layers are added.  There is a holding melody line provided by acoustic guitars that remains a focal point throughout. Those familiar with the early release of ‘Collection I’ will pick this out as a new addition.  Whereas the previous work focussed on darker brooding soundscapes right from the off, ‘Cerulean Reflections’ represents a brighter introduction to the new album.  There is something intoxicating about the repetitive melody layering that draws the attention.  However, the swirls of string and synth pads that wash over everything creating a sense of expanse.

As the album progresses, the dynamics of each track ebb and flow creating darker moments such as found within ‘Forest Fire’ and ‘Rites of Passage’.  However, these are counteracted by at times uplifting melodies and layers found elsewhere in the collection.  The whole eight tracks taken as a sum of their parts rather than individual compositions create an almost meditative atmosphere for ‘Collections II’.  The final track ‘This Is All There Is’ is the culmination of that idea as the music generates a highly reflective feel and a rounded end to what has gone before.

As an album, it’s not one to dip in and out of at will.  Certainly, some passages and movements will appeal more than others.  However, it is best to make time for the recording as a whole and treat it as a concept album.  It may not appeal to everyone as at times it could suggested that the music loses its way in the latter half of the album.  There are less structured melodies to hook onto, however, for others this free-flowing idea makes for something a bit more interesting than the norm.  Those involved with the creation have definitely achieved something more unique with their delivery and as a genre style has been well crafted and produced.  Give it a spin and lose yourself in something different.