With less than a month to go, more last-minute changes have been announced for this year’s Bloodstock bill, alongside the latest tranche of Metal 2 The Masses winners.

There are two changes to the Friday line-up on the main Ronnie James Dio stage: death metallers Foetal Juice will now open proceedings, following the break-up of Lotus Eater, while up-and-coming Liverpool heavyweights Loathe will fill the slot due to have been occupied by Dark Tranquillity. One other change the main stage billing sees Sheffield’s While She Sleeps taking over from Bury Tomorrow, who in turn have already been confirmed for Bloodstock 2022.

The last change comes on the Sophie Stage, when the reformed Black Spiders replace Unleash The Archers as the penultimate act on the Sunday evening.

Meanwhile, ten more winners of this year’s somewhat different Metal 2 The Masses competition have been announced.

There will be a Bloodstock Facebook Live broadcast this evening (Tuesday 13 July) at 6.30pm, during which the safety measures for the event will be explained. This will be followed by the inaugural ‘BloodThirsty’ podcast, on the Bloodstock Twitch channel at 7.30pm, featuring Dez Fafara and Rob Halford. 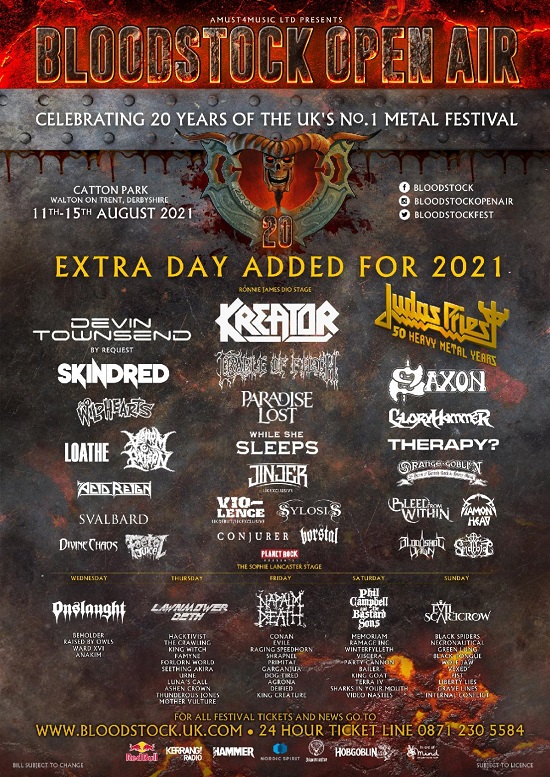