Twitter seemed to explode on 20 December as it seemed every member of the rock press bore witness to something a fair few have known for a while; Clutch absolutely kill it live and have never been on finer form. It’s been a long road for the band – now celebrating 27 years with the same line-up – but it finally looks like they have found their rightful place in the sun in 2018.

Not only has their latest record ‘Book of Bad Decisions’ earned massive critical acclaim (including being our very own Album Of The Year), but the band have embarked on their biggest Euro tour to date, the massive Brixton Academy show sending shockwaves across Twitter. As such, the atmosphere is buzzing as the band roll into Birmingham’s O2 Academy for the final date of the year, promising sweet grooves and righteous fury to cap off a year which feels like it desperately needed more of both throughout. 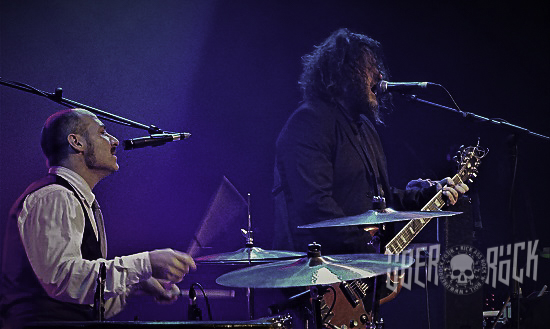 The room is already swinging by the time openers The Inspector Cluzo, the French rock n roll duo pulling out some no frills, good old-fashioned riffs to get the room moving. For the ostensive minimalism that being a two-piece affords them, The Inspector Cluzo are nothing short of dazzling to behold, firing off like a shook-up bottle of pop and fizzing with irrepressible energy as they clatter about the stage. At one point the band even manage to expand out into a three-piece, inviting Clutch sticks-man Jean-Paul Gaster out to clatter the kit in a dual-drum assault, showing that while they have a deep ingrained sense of traditionalism in their sound, The Inspector Cluzo won’t just go with the flow when they can create their own distinct sense of powerful blues-meets-rock-n-roll. Steadily building as the set goes on, the band reach crescendo as they steadily dismantle the kit on the final number, pulling it apart in a display which invokes the spirit of Hendrix or Mooney-era Who. 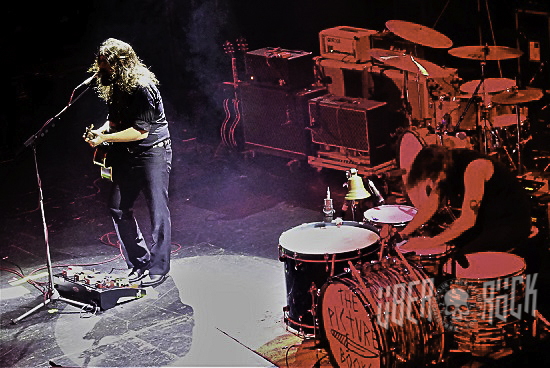 If The Inspector Cluzo are rock ‘n’ roll’s dirty roots, The Picturebooks take it right back to the primordial soup of the blues. Swinging between sleek minimalism and swelling soulful melodies, The Picturebooks are like a primal take on the Royal Blood formula, combining deft guitarwork with pounding rhythm and big sing-alongs to great effect. ‘Zero Fucks Given’ is the blues spitting back in the face of sadness, its chorus lending it an anthemic quality that could easily carry the band to some major airplay given the right opportunity. For their part, the crowd clearly revel in the ambiance created by the band, finding plenty to latch onto in some of the coolest grooves this side of the headliners.

Reliable, unstoppable power has long been Clutch’s primary offering, a band every bit as reliable as Motorhead before them with an enormously diverse discography to back up the idea that they might just be one of the finest live rock bands on the planet. It’s unsurprising that ‘Book of Bad Decisions’ material features heavily in the set, but that’s by no means a bad thing; in tackling some of the many different styles and tones the band have dived into in the past on one record, the songs from ‘Book…’ fit seamlessly alongside classics and newer cuts both. Not ones to rely on old favourites and stick a couple token new songs into the set, Clutch show just how much faith they have in their new material by featuring no less than 13 songs in their 17-song set from the past two records. 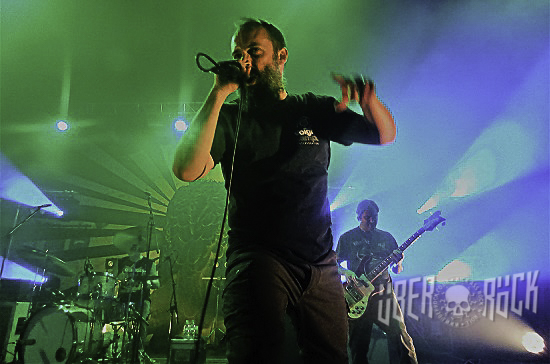 Even so, older cuts like ‘Power Player’ still set the room ablaze, and though their choruses might not have the en masse singalong quality of a Bon Jovi or even Metallica (after all, who could truly match Neil Fallon’s enraged preacher theatrics?), there’s no denying that it’s hugely satisfying to belt out lyrics from songs like ‘Ghoul Wrangler’, ‘Spirit of ‘76’ or massive single ‘How To Shake Hands’. “Are you cool? Well I’m cool!” roars Fallon, a definitive statement with no room for argument as he ringleads one of the finest units to ever grace the annals of rock n roll. For their part, the rest of Clutch are no less energetic or bombastic – whether watching Jean-Paul Gaster batter the ever-loving shit out of his kit or messrs Tim Sult and Dan Maines lock into some fine groove-riff action, Clutch offer the full package without ever coming across as ostentatious or overly showy.

Overt bombast is reserved for the songs and the songs alone; from the super-sleek hooks of ‘Firebirds’ to the go-go sleaze of ‘In Walks Barbarella’, this is a band that knows their way around a tune and has plenty of ways to get the whole room swinging from the light fixtures. A short break in the set gives way to the blues build of ‘Regulator’, picking up slightly more pace with ‘Electric Worry’ before capping things off with quite possibly one of the best rock singles of this decade in ‘X-Ray Visions’, a stellar finish to the set and enormous exclamation mark to denote the fact that Clutch truly are something special, only getting better with age. 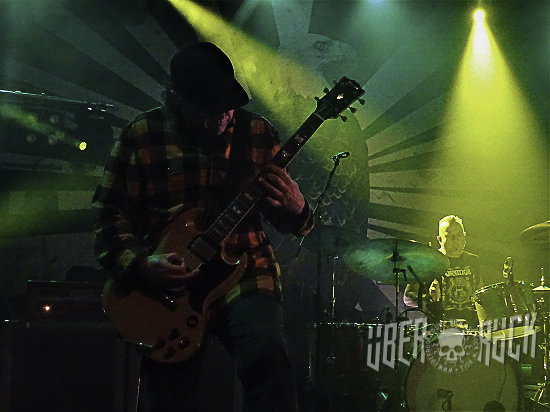 Headed into their 28th year as a band, Clutch have lost none of the creativity nor power of their early records, whilst also building their repertoire to the point where they can easily fire out a blues/funk hybrid as a raging proto-thrash howler. Quite what 2019 and beyond holds for the band remains to be seen, but if the past quarter-century-and-a-bit is anything to go by you can bet the band will style it out into one of the greatest musical experiences you can find on the planet – straight talk, no jive.

3 May – Birmingham, The Asylum

6 May – Newcastle-Upon-Tyne, The Cluny

10 May – London, The Underworld