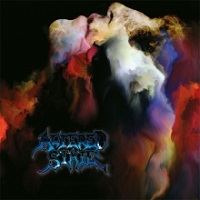 This is a re-release, but it is also my first time hearing the band so I will be coming from the perspective of a first-time listener. I found myself getting lost in this one. It is beautifully passionate and absolutely saturated with emotion. It is a great album but not totally perfect. I am going to start with the good and why I liked the album so much.

The vocals are extremely powerful. We have ‘80s-style power metal vocals at their glass breaking best. I will never understand how people hit notes that high, but I love it. Extremely impressive. It is not all ear-splitting highs though there are times where things settle down a bit and break the album up a bit so it is not overwhelming. It is well done and would be hard to take issue with.

The music is also really well done. There are some amazing guitar solos all throughout the album that are an absolute joy to listen too. The drums are really noticeably present and aggressive. There is really nothing to complain about. Everyone is balanced in the mix well and all the members complement each other very well.

So, onto the bad. There are some odd issues with the quality of the recording that I don’t really understand why they are there. I realize that this is a re-release and that recording equipment changes but I don’t think that is the issue here. It sounds more like the issue is in the way they digitized the masters for the re-release. The main noticeable issue I had was that many of the tracks had a high-pitched hiss in the background. It sounds like when you playback a high-quality cassette tape back on a cheap cassette player. Particularly on side A. On side B, a couple of the tracks had the opposite problem: it was like listening to a low-quality cassette on a high-end deck. They had that bassy muffled tone. At first, it was somewhat nostalgic, but it did get a little agitating over time.
I do really like this album. I think track three on side A, ‘Judge For Yourself’, is an absolute hit and worth the price of entry itself. Some people will be bugged by some of the issues in the recording, but I think it would be a shame to skip over this on that alone. You really should give this a chance. It is an excellent album.

‘Altered State’ is out now. You can get your copy HERE.