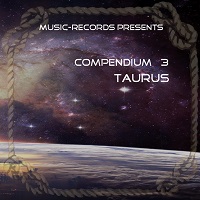 What on earth am I supposed to do with this? This is such a huge range of musical styles and genres it is very difficult to know what to expect from track to track, and with something that has this much variety how do you analyze it as a whole? On the other side of that coin, with so much variety that there is a lot of potential to find something new that you had not considered before. There are some fantastic tracks on here but also there are some that really fell flat for me. Frankly, I can’t hold that against it too much as any time you have this range of styles you will have some that just don’t quite fit your style.

If you have read my reviews in the past you would know I tend to talk about the vocal style here but with every track being a different singer that is a difficult prospect. You have everything from a heavily distorted growl of metal up to a traditional southern rock style. While the variety is fun at times it can also be a little jarring with how drastic the transitions can be from track to track. It does make it hard to get into the mood for the album as a whole because once one style resonates with the current mood it suddenly changes to another. Depending on what track you are in will change that dynamic. Because of this, I think it is best to take every track totally alone and not as a part of some overall experience.
Musically it is much the same as I said above. Every track is totally independent which feels strange at times and should be taken on its own without trying to look for an overall experience. That being said, every track is very well put together and very well performed in their own right. Why just don’t come together as a complete experience.

This is probably not an album I would buy myself as I really prefer to have a complete experience and this feels more like a list of tracks they just wanted to show off rather than having thought put into why and what order. That being said, every track is quite good, and all would work well in playlists that more suit the styles. For many people, it will be worth it to pick up just to get a decent selection of tracks to fill out the playlists on your phone. So, for that, give it a look.