Nottingham is about to be turned into a haven for ska fans tonight as The Interrupters come to town!

Riding on the back of the extremely successful release of ‘Fight The Good Fight’ and years of hard work, the band have come far and are being rewarded by exciting venues each night of the ÜK tour. The ska punk quad hailing from Los Angeles take over Nottingham’s Rock City for a packed-out night of music, partying and fun. Supporting them tonight are The Skints and Buster Shuffle, both perfect for waking the ever-growing crowd up for a dance. 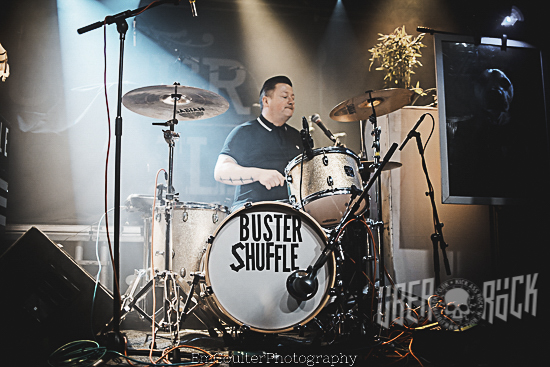 First on stage is Buster Shuffle, which is cockney London packaged as a band.  Jazzy piano with a backdrop of ska and whacky furniture, this short 30-minute set gets the crowd dancing. Vocalist Jet Baker is charming and pure energetic entertainment, if he’s not running around the stage he is running his hands on the piano.

Buster Shuffle may not be ska punk but they are certainly ska rock ‘n’ roll. 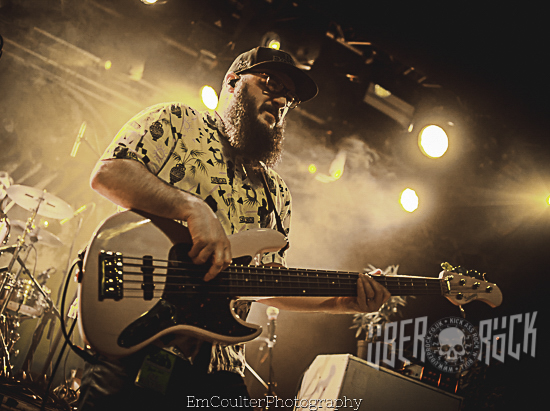 Next up are The Skints, who have got the whole venue dancing from the first note they play. Playing a track from every part of their career, they’ve got something special for those who’ve never listened to them before and playing hits for those long-time fans. 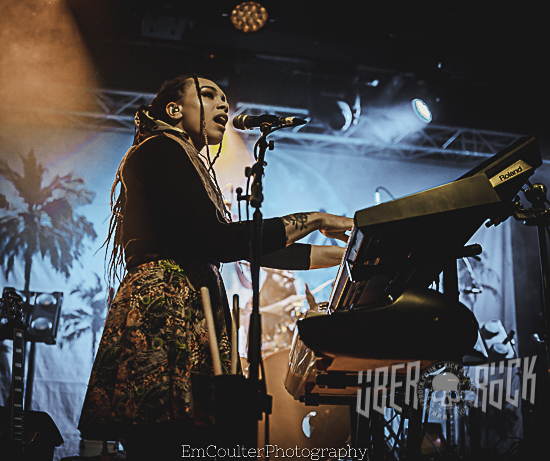 Multi-talented Marcia Richards proves there’s no limits to how many instruments you can pick up during a set, she manages to hit every note on saxophone, keyboards and vocals at varying points. Fans are let in for an extra special treat when Billy Kottage of The Interrupters joins them on stage to play the trumpet in the latter half of their set. 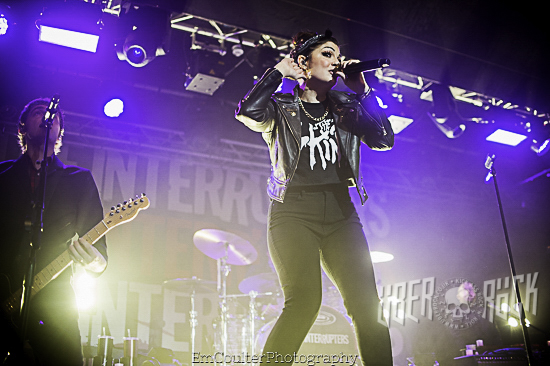 The night is set to get heavier with the ska punk hero’s The Interrupters hitting the Rock City stage.

As soon as the band hit the stage, opening with ‘A Friend Like Me’ vocalist Aimee Interrupter is already making friends with the crowd, making sure to say hi to every fan on the front row.

It wouldnt be an Interrupters show without a cover, the band using their own style to cover Billie Eillish’s ‘Bad Guy’ with a personal ska twist and the classic ‘A Message To You Rudy’ by The Specials, which has the crowd singing along louder than ever. 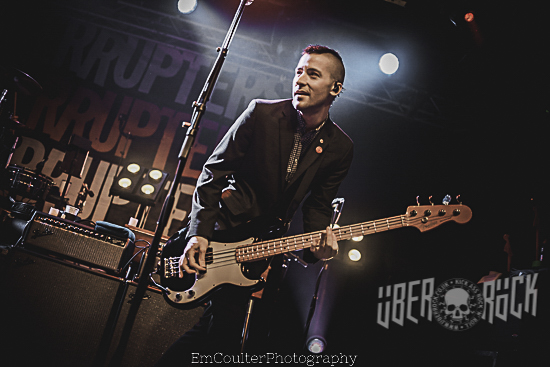 The Bivona brothers, who make up the rest of the band, are the perfect hype men for getting the crowd moving, no matter where you stood it was impossible not to dance. Fan favourite ‘Take Back The Power’ gets the crowd surfers flowing in an already rowdy but fun crowd but classics ‘Gave You Everything’ and ‘She’s Kerosene’ make the crowd louder than ever. 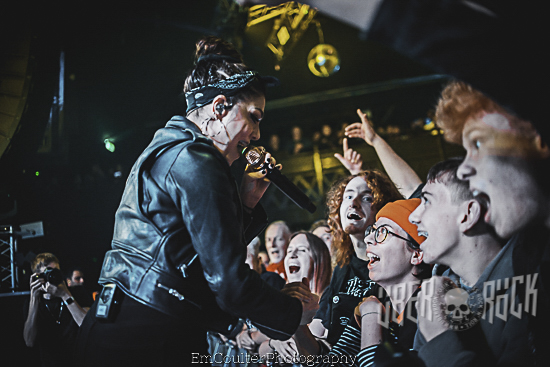 The Interrupters are truly a unstoppable force with no chance of slowing down anytime soon.