By Jess R and Hannah Reid

As my first show of the year the crowd was rowdy before the event even started with people pushing and fighting each other for the barrier clearly showing show eager they are for the Aussie boys in The Faim. The acoustic show held a friendly atmosphere with many people enjoying the kind company of The Faim; however, as soon as they left, the audience began to fight for their places. This seemed to be ridiculous because everyone in the building at the current point in time had already met and spoken to the band, so the push seemed pointless as it was essentially empty anyway. Once doors opened, the venue filled out a little bit but hardly anything to the point where you would be unable to see. 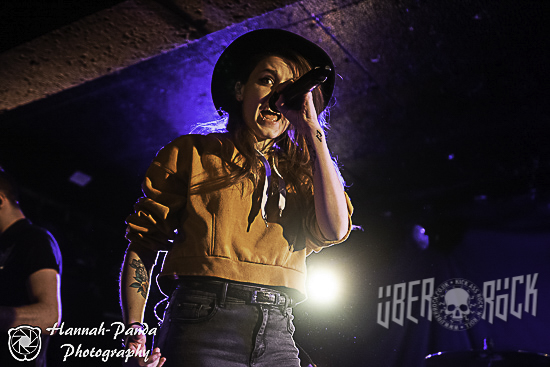 Running ever so slightly behind time, Halflives took the stage and had a lot of energy from the very moment they stepped onstage. There was heaps of movement the entire set and a very pulsing bass and from the first song they had a lot of people interacting. Front-woman Linda Battilandi seemed to never stop moving all along the stage and even came up to the crowd repeatedly to make them feel more involved. Halflives really kept it connected with the audience, jumping heaps and keeping the energy really strong onstage. By the second song Linda had the audience singing along and interacting really well. Making good use of the stage between all band members and feeling the breakdowns on stage showing strong emotions and good connections between all the members. Watching the set was quite fun although there was a slight fear that the bassist would maybe accidentally collide with the singer due to the constant movement and spinning from bassist, Oscar Scantamburlo. Halflives managed to put on a very entertaining set, keeping the crowd involved the whole time.  Linda got the crowd down in the last song and quite literally onto the ground and getting everyone to jump making sure the energy was strong for the entire set. 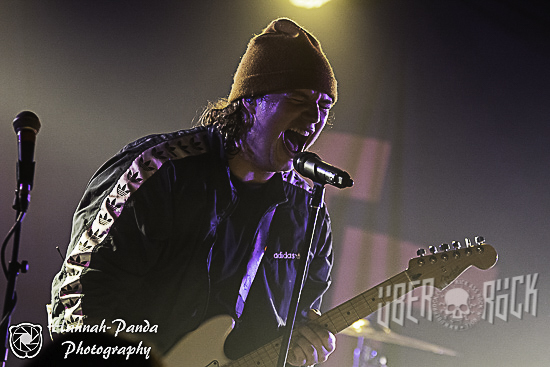 Dead on time, Chapel made it to the stage through the mist of smoke which had been heavily sprayed across the stage so much that you can hardly see anything past the cloud of grey. People were singing and clapping along right away and definitely have a lot of interest raised from the crowd especially people that maybe don’t know them. The drums the whole set were incredibly solid and very steady the whole time. I can certainly say the lighting was a lot more dull and easier to look at compared to the Halflives set, with them being blues and purples compared to the bright yellows of the band before. For a two piece they held the crowd really well with good movement from the frontman of the band moving all along the stage. I personally didn’t enjoy the set and found it more interesting to stare at the floor and pretend I wasn’t there due to how the singer was acting on the stage – I found it very uncomfortable to watch him – however the rest of the crowd seemed to love it… 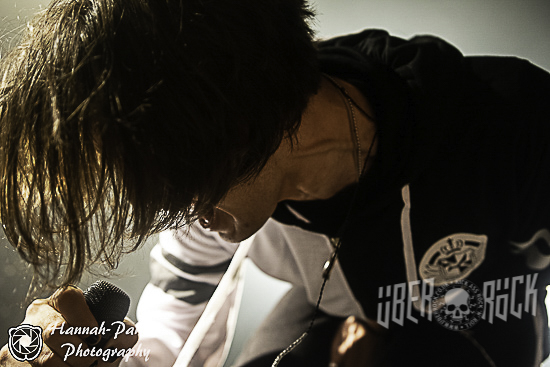 From the very second that The Faim walked on they had the audience going, playing ‘Saints of the Sinners’ to hype the crowd. The audience screamed along to every single word as the band members jumped around the stage using as much space as possible. At all times of the set it was extremely high energy and personal due to frontman Josh Raven’s communication towards the crowd. He spoke about how he is constantly sick when coming back to the UK for a tour but he promised to never cancel a show due to being unwell because the crowd will help him sing when he struggles. It didn’t take long for Josh to jump down to the barriers and sing with the crowd closely the way he does at essentially every show in order to make the crowd feel very involved. The crowd were pumped and were nearly never still but the only time it took a turn was during the very personal song ‘Where the River Runs’. During that beautiful performance Josh came off of the stage, over the crowd barrier and stood in the centre of the crowd to sing that incredibly personal song. 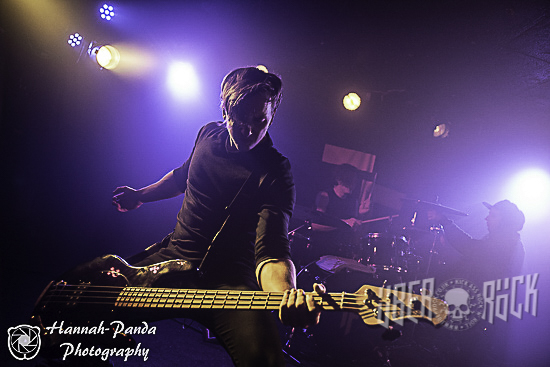 Bassist/Keyboardist Stephen Beerkens was the only other member to stay onstage as guitarist Sam Tye and Drummer Linden Marissem left the stage for the intimate performance. Whilst the duo performed this song many members of the audience began to cry as Josh sung about one of the hardest times of his life, however as he went back up onto the stage, rejoined by his band members, Josh stated that it’s important to acknowledge he moments that helped shape you as a person.

Allowing the crowd to feel a bit better again after such an emotional song The Faim played ‘A Million Stars’ which got the crowd moving and singing along gently to the beautiful song. Before playing their song ‘Make Believe’ Josh said a speech about the song, and he said “it’s literally about when you’re inside your own head it’s so easy to convince yourself of things that aren’t true. That you’re not good enough, not good enough for your friends, you’re letting the people around you down, your dreams aren’t worth it – all of that is just bullshit. All of that is just a fake way of thinking I can promise you that. I lived in that shit for a very very very long time and it’s worthless and it will do you nothing.This song called make believe is for every single one of you to let you know that you are worth it, your happiness is worth it.” 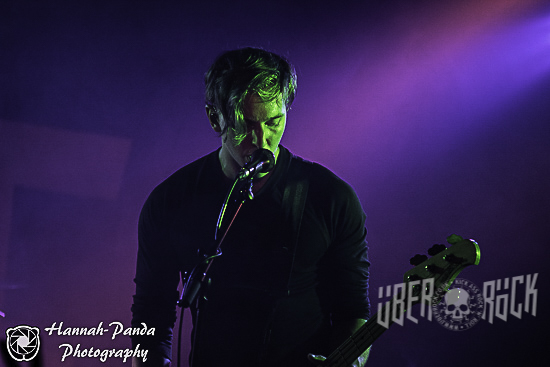 For songs like ‘I Can Feel You’ and ‘Summer is a Curse’ the audience didn’t stop jumping and screaming along to all of the lyrics which made it clear they were certainly enjoying the night. The entire set was extremely strong and enjoyable to watch with all of the instruments having good levels and the vocals were not drowned out at any point during the set as well.

Despite the aggression that had taken place between the audience before the show, it was shown that the crowd were capable of coming together and being The Faimly providing comforting smiles during emotional moments. Overall it was an exceptional show yet again from the Australian boys in The Faim.