Do you ever get the feeling that a gig has been both oversold and undersold in equal measure? Well, it could be argued that this was the case with this, the debut visit by rising young Aussie punks The Chats to ÜR’s home city for a one-off headline show in advance of their appearances at the Leeds and Reading festivals this coming weekend (never fear though, they’ll be back in the Über Kingdom at the end of the year for a full tour). What do I mean? Well, despite it being a reasonably inclement Tuesday night, this, the smaller of the two venues in the Limelight complex, was rammed to the rafters, and beyond, suggesting that the gig quite possibly could have been moved to the larger one… 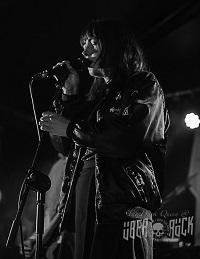 The evening doesn’t get off to a great start, however, as openers Just Mustard surely could go down as one of the most mis-matched support bands in the history of modern rock ‘n’ roll. They don’t exactly set an upbeat mood for the pop-punk mayhem promised later in the evening, with their dark, sub-gothic, shoegazing post-rock musings. The laconic, Cocteau Twins-style ethereal vocals contrast with droning walls of noise that have little or no character or variation in tone: it probably would work a lot better if we were stoned rather than stone cold sober! With periods where they sound like they’re playing three different songs at once; their cause is not helped by their vocalist waiting until the intro to the last song to mumble something inaudible. The only redeeming factor is a very strong performance from their drummer (yep, these guys are another band who like to hide behind the cloak of anonymity on their social media profiles!). 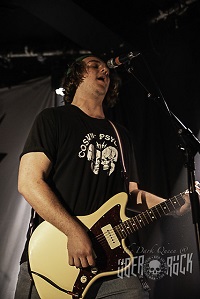 There is no doubt that The Chats are on something of an upward curve at the moment – something very clearly evidenced by this evening’s sell-out crowd. The video for their single ‘Smoko’ racked up something like 7.5 million views in just a matter of weeks, and their recent US tour saw them attract the likes of Dave Grohl and Joss Homme to watch them from the side of the stage. Give these three young lads – and believe me when I say “young”, as they were checked for ID when they tried to order a pint in the adjoining bar before the show – six months to a year and they will be totally unstoppable, their faces adorning the cover of every trendy music magazine on the planet!

With a squeaky tight curfew, the Queensland trio take to the stage almost 15 minutes late, but immediately show their sense of fun by doing so to the potentially passé pastiche that is the ‘Rocky’ theme: inane, yes, but totally fitting for what is to come. They break us in gently, with the relatively tame ‘Nambored’; but both the energy and excitement levels are quickly raised and the floor becomes an old-fashioned mess of seething bodies: by the midway point of ‘How Many Do You Do’, the first half-full plastic pint pots are flying stagewards (forcing DQ to quit the pit) and the first bodies aren’t far behind.

Proving themselves to be the “lunatic fringe” (in more ways than one) of the new age punk movement, The Chats are also extremely reverential to the sonic roots and attitude of the genre’s first generation, combining catchy-as-fuck power pop anthems with copious amounts of self-deprecating humour. Cramming as much as they can into a festival-friendly 46-minute main set, it’s delivered at a fast and furious pace and is cheesier than a block of Iceland cheddar – but, it’s also proper punk delivered with passion and aplomb. If you only check out one new generation punk band this year, then make sure it’s The Chats – and tell ‘em Über Rock sent you. 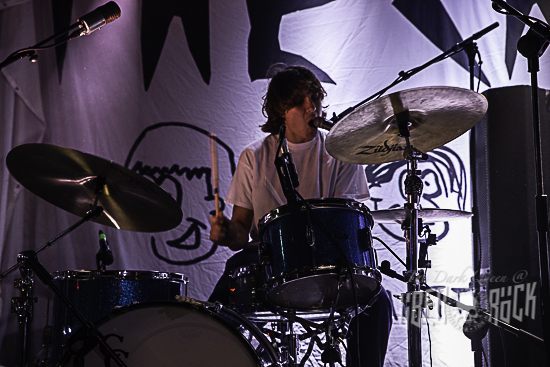 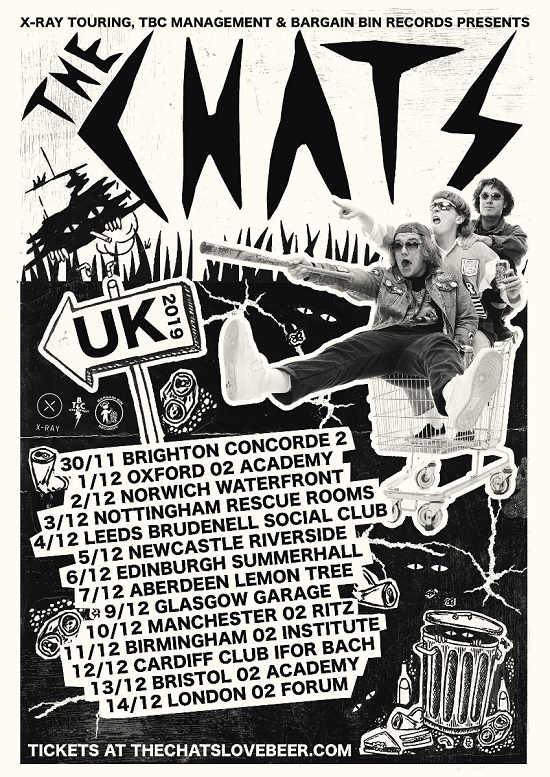