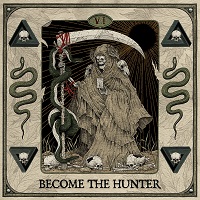 Suicide Silence are one of those bands that are undoubtedly absolutely committed to producing some of the heaviest and most terrifying music in death metal. Admittedly, I didn’t even know they were working on a new album, so this one ended up on my lap without much of a warning, but I absolutely wanted to snap it up since I’ve caught them a couple of times live before.

Coming in at 11 tracks ( the first track is an intro though) with each song lasting roughly three-four minutes, it’s not an extensive album by any means, not like some of their peers who seem to end up at 15 tracks that are generally nearly six minutes a pop. It’s nice to have some reasonable length and snappy death metal that you can pick up and put down or play in the car for a small journey and the like without it having to be an intense listen.

‘Two Steps’ gets right into it with the discordant chugs and relentless double pass pedal work, an integral part of death metal by all means. It’s frantic, chuggy, and altogether terrifying and sets the tone for the rest of the album in a succinct manner, can definitely see this one being a set opener for this album’s tour cycle – it’s exactly the type of song that’ll be the background to a massive pit with strobe lighting!

‘Feel Alive’ reminds me quite heavily of Pantera for some reason, there’s something about that pre-chorus and chorus that makes me thing of that sort of style that makes you just want to headbang while trying to drive one of your legs into the floor while sporting a massive gurn.

Eddie’s vocals really shine on this album so far, effortlessly moving between shrill screams and terrifying low gutturals – but what really stands out is how well this is recorded because for most of his vocals you can quite clearly hear two tones that are both coming from him, and this isn’t just a case of supporting or layered vocals.

‘In Hiding’ is definitely one of my favourites from this album, the start with it’s brutal chugs and then the mix of deathly melodic guitar work before jumping back into more rhythmic chugs is really, really doing it for me. This one really stands out as an intense collaboration between the guitars and drums, I bloody love this sort of thing, even the solo as short as it is, does exactly the trick before one of the most angry, chuggy outros ever.

Later on in the album, ‘The Scythe’ is a bit more of a grand, atmospheric track, not to say it doesn’t have the usual sorts of chugs and the like that they’re well known for but the guitar work in this particular one veers a bit more towards black metal in its overall sound. This flows rather nicely into ‘Serene Obscene’ which starts with a nylon stringed guitar before going straight back into the typical face-melting playing with a wailing arpeggio being present over most of the song. Absolutely loving the drum work throughout this album though, it’s relentless as it is intricate with so many little details here and there, it’s another example of death metal having a lot more going on in it than just blast beats and chugs.

The album wraps up with ‘Become The Hunter’, the album’s title track and this is absolutely the icing on the cake in this album. The vocals in this song are absolute filth in the best way possible, the guitar work is outrageously heavy and the drums are insanely busy, it’s gurn city for the entire song. How Alex, their drummer, doesn’t have two sets of arms playing the stuff he does I genuinely don’t know. Going back to what I was saying earlier about clearly hearing two tones with the screaming, you can really hear it on this track – even when there’s some extra backing vocals, you can make it out. The end of the song has some of the deepest gutturals you’ll ever hear: absolutely bloody disgusting and I love it.