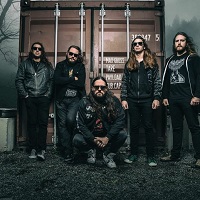 Trevor Strnad, vocalist with melodic death metallers The Black Dahlia Murder, has died at the age of 41. He is believed to have committed suicide.

In a statement on their social media channels, his bandmates described Strnad as a “beloved son, brother, and Shepard [sic] of good times”, who was “loved by all that met him”.  Going on to call him “a walking encyclopedia of all things music”, the statement added:

“He was a hugger, a writer, and truly one of the world’s greatest entertainers. His lyrics provided the world with stories and spells and horror and whimsy. It was his life to be your show.”