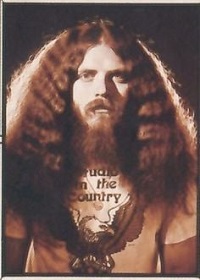 Robby Steinhardt, one of the founding members of progressive country rockers Kansas, has died after a short illness. He was 71 years old.

Steinhardt founded the band, with Steve Walsh, Rich Williams and Kerry Livgren, in 1973. His violin and vocals featured on most of the band’s biggest hits and best-known songs, including the iconic ‘Carry On Wayward Son’. He left the band in 1982, but rejoined in 1997, eventually retiring from the line-up in 2006. At the time of his death, he was recording a new solo album.