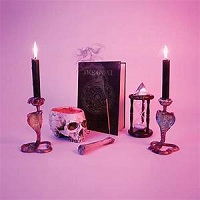 It’s hard to say whether the unbearable wait for the debut record by Puppy owes more to the instant gratification obsessed climate of the digital age, or the supremely exciting talent on display for the EP ‘Vol. II’, but one thing’s for certain – it’s finally here, and good lord are we happy to have it. One of the premier new talents in British alt rock, Puppy’s appeal largely lies on the fact this is a band that feel just as at home with Weezer or Smashing Pumpkins fans as they would with Metallica or even Turnstile. Sitting confidently at the intersection between so many different subgenres for ‘II’ Puppy have gone and switched things up even more for ‘The Goat’, seemingly taking lessons from the fact they’ve been able to grace bills at festivals like Download, Bloodstock and Handmade (among many others), taking their otherness and using it as currency to move on to bigger things.

“Bigger” is a word that will likely pop up a lot when referring to Puppy here on out; ‘The Goat’ washes away some of the oddball quality of the band’s previous material and replaces it with buffer, bigger riffs and choruses which seem cater-made for massive stages. That’s not to say they aren’t still squarely in the alt camp however; more that the places they are taking their sound now are much more ‘Nevermind’ than ‘Siamese Dream’, with added riff goodness. Such a long gestation period has blessed the band with a host of ready-made singles, tunes like ‘Black Hole’ having existed on the web since last summer, but not losing any of their appeal now they finally make it onto a full record. Like The Smashing Pumpkins going headlong into ‘70s NWOBHM, ‘Black Hole’ mixes serious radio-bait choruses with enormous riffs and a sense of theatricality which makes it all a bit more exciting than just another jeans and t-shirt band.

Riff is king for so much of this album, and often the pace allows each individual song to exist in a different sphere than its predecessor. Take ‘Vengeance’, the follow-up to ‘Black Hole’ and a song whose sleek chorus and bounding riff puts Puppy in almost punk n roll territory a la The Wildhearts, or the alt-crossover so brilliantly employed by Turnstile on ‘Time and Space’. While riffing takes centre-stage for so much of the record, it bears worth mention that across the board, the instrumentation on nigh on every single song on this record is marvellous to behold, each song packing plenty of punch and so many flourishes that the band sometimes even veer into prog and glam territories in showing off their prowess.

One of the strongest indications of this is ‘And So I Burn’, a song which somehow manages to live simultaneously in the spaces of super-massive glam rock, Coheed and Cambria style pop-prog and even a dash of lighter Mastodon, something which is further explored on follow-up ‘Entombed’. A redux of the song from ‘Vol. II’, ‘Entombed’ is already a fan favourite, and a song which feels like it could be just as powerful and enjoyable in 20 years as it is today, such is its mastery of driving, hard-edged alt rock. With alt rock largely becoming a by-word for bands who want to sound like Foo Fighters or Nirvana, it’s great to find in Puppy a band happy to explore alternative culture in all of its diversity, managing to set up shop in every camp whilst owing no direct fealty to any one single style.

As brilliant as ‘The Goat’ is, the record is likely to require a few listens to click with long-term Puppy fans – particularly those who have become attached to Puppy’s weirder, more out-there edges. Some of the niche appeal of the band has been scrubbed away in going for a full record, and while the end result offers something that sounds massive and tailor-made for bigger audiences, that is likely to jar the sensibilities of some of the fans who enjoyed how effortlessly the band were able to invoke enormity without succumbing to sounding more obvious or showy (think the reaction to Weezer between the ‘Blue’ and ‘Green’ albums respectively). That said, if any band deserve to blast into radio ubiquity right now, it’s Puppy. Not only is their sound distinct and powerfully unique, but every single song sounds like it could stand out as a clear single amongst lesser band’s material. So much of this record is likely to lodge itself into the brain, dropping addictive earworms to ensure that repeat listens are still a joy.

IDLES have shown that UK rock bands can still make a massive splash on the collective consciousness, so there’s plenty of hope that Puppy just might be the enormous rock band we have all been waiting for. Comfortable in the space they have created, Puppy aren’t beating around the bush with what they want The Goat to achieve – this is a record that could send a band into the stratosphere, a collection of songs that are sure to liven up any party or festival – expect Puppy to pop up at one near you soon. 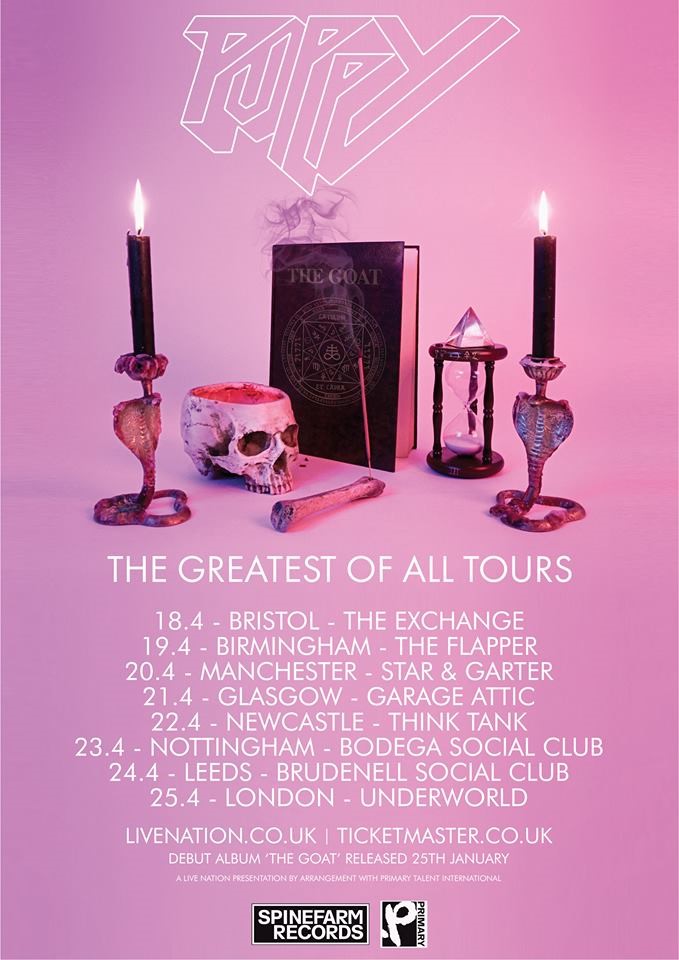