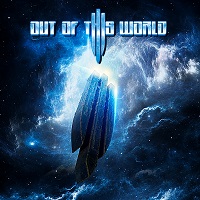 Many different artists find themselves taking on what are titles “side projects” in collaboration with other artists that the wish to work with. However, Kee Marcello of Europe and the rest of the musicians on this band see this as work of a band rather than something to pick up and put down when they have nothing else to do in readying the publicity blurb. So, what has this to offer?

From the opening track, ‘Twilight’ to the closing track, ‘Not Tonight’ you get full throttle AOR.  Fantastic drumming from Darby Todd (ex-Gary Moore/The Darkness) delivers thumping rhythmic overtures that just support the soaring guitars and keyboard playing of Marcello.  Add into the mix  the power vocals of Tommy Hart (Fair Warning) and bass playing of Ken Sandin (Alien), supplemented by the keys of the one and only Don Airey on four tracks and you get a full blown AOR 101 lesson.  Listening to the lyrics the album appears to be written with someone in mind as a neo apology for a failed relationship, but they are delivered with so much power and punch that the lyrical content could pass you by.

The Warrior is a full-on full throttle blues 100mph jam session with guitars and drums just delivering a musical feast for the ears with the vocals sitting on top of a sheer riff-fest of flying feet on drums and fingers on guitar.  It does remind me of something, but I can’t put my finger on it.

The production is just immense, so much so that you’d be forgiven for thinking there are many more in the band than four (well occasionally five).  The layering of the backing vocals adds such a different dimension to it that is just so reminiscent of the great AOR supergroups such as Toto, Asia, Boston, and all the other exponents of this genre that have sadly hung up their instruments.

Side project or supergroup, who cares, if they decide to tour, they’ll get my money for a ticket

So apart from the ten main tracks on the CD, there are three bonus tracks of ‘Twilight’, ‘In A Million Years’ and ‘Lighting Up My Dark’ by Marcello AND a bonus live CD/LP of seven other tracks.

Who said rock and roll – or in this case AOR – is dead? As far as this is concerned, it’s alive and well and living in Sweden with Kee Marcello and ‘Out Of This World’…