ALBUM NEWS: Oh Sees once again plunder back catalogue for another re-issue 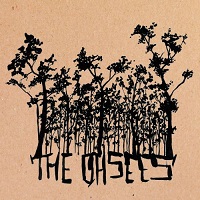 As they prepare to head to the UK and Ireland for a string of dates later this month, Oh Sees are again raiding their back catalogue, with the re-issue of the 2006 EP ‘Grave Blockers’ – originally released under the name of The Oh Sees – via Castle Face Records on 10 June.

The re-issue follows that of The Oh Sees’ ‘The Cool Death Of Island Raiders’, also originally released in 2006, at the end of March. The live album ‘Thee Hounds of Foggy Notion’, released under the monicker of Thee Oh Sees in 2008, is also being re-issued, on 7 June.

They will also play the Troxy in London on Friday 6 September.

Tickets for all shows are on sale now from all usual outlets.