Having seen the way two of these bands blew away the Steelhouse crowd in July, I was always going to make one of tour dates, it was just a matter of which one: Cardiff or Bristol. Of the two venues I think the Bristol gig just edged it (plus I had two other big gigs the same week as the Cardiff gig so didn’t really fancy the earache that three would get me from the missus).  The addition of Hollowstar to the bill was an added bonus.

If you haven’t been to a gig in The Fleece, you really should make the effort, the stage is huge even if the venue isn’t that big.  The sound and light are usually spot on too. 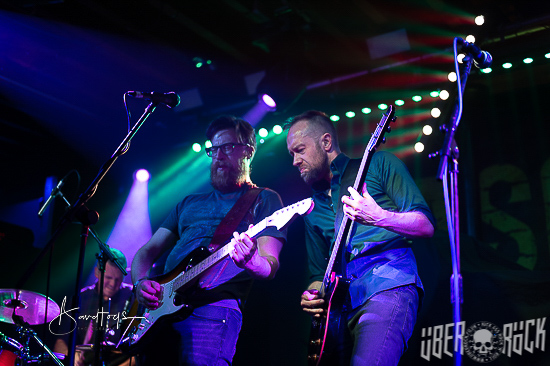 Having bought Empyre’s acoustic masterpiece ‘The Other Side’ after Steelhouse, Did Coles, Henrik, Grant and Elliott were always on a winner as far as I am concerned. If you haven’t bought it, you really should. Displaying all the class and different style I’ve come to like since discovering them, they opened their set with tracks from the ‘Self Aware’ album including two of my favourites, ‘Only Way Out’ and ‘New Republic’, interspersed with new tracks ‘Parasites and ‘Hit And Run’.These guys are really building a following from this tour so I wish them well and hope to see them higher up the bill soon. 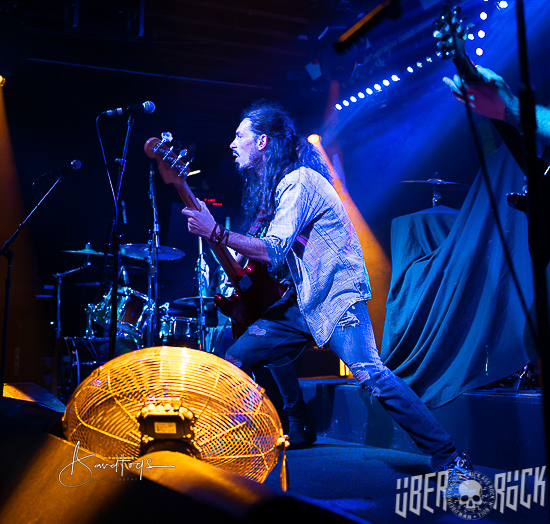 Hollowstar have been on my radar for several years now; full of energy and style, it’s a shame the pandemic hit just as they and their album were just getting traction. However, they are a very good support for the other two bands and great for Mason Hill. Phil and the Bonson brothers – Joe (vocals and bass) and drummer Jack – always deliver. The addition of the new guitarist Carl Leger adds to the energy of the band.

Taking a very quick rattle through ‘Take It All’, ‘Let You Down’ and ‘Invincible’ the energy ramp up was palpable. Joe really looked like he was enjoying himself, grinning from ear to ear, his gruff vocals giving a different style to the deeper tones of Henrik from Empyre.  Phil is always animated on guitar and constantly pulling faces when playing to add to the visual spectacle.  Joe’s bass playing is, as ever, driven along by his brother Jack on the kit. 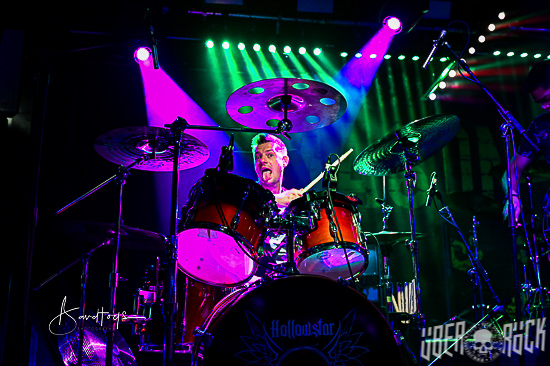 A bit of an unusual take on the opening of the Proclaimers’ ‘500 Miles’ rattled into a very good cover of ‘Wishing Well’.  ‘Overrated’ is an upbeat bluesy track with a catchy hook.  ‘Money’ is rapidly followed by a tribute from Joe to Phil Haynes’ dad’ who recently passed away and was a big influence on both guys getting into a band, with the appropriate ‘Good Man Gone’, which was originally written about a friend who had taken his own life but seemed right to deliver for this reason.

Finishing up with ‘All I Gotta Say’ is a good way to end the set. These guys need a bigger billing soon. Hopefully new music is soon to come. 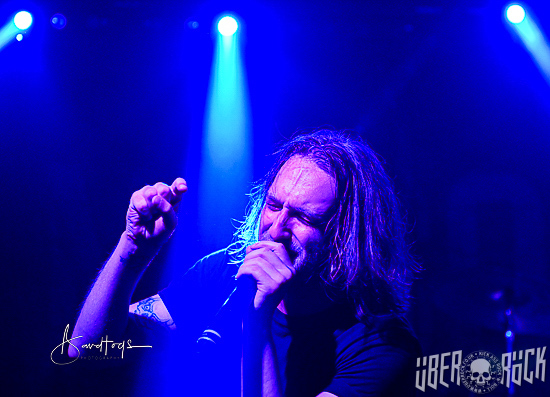 The smile on Scott Taylor at Steelhouse was wider than the River Severn, as the enjoyment of performing was evident for the crowd to see. As much as he loved it, the crowd loved Mason Hill straight back. To do this ahead of Stone Broken and local boys Those Damn Crows was no mean feat. However, the music said it all.

Once again, he ran on to the stage grinning like a Cheshire Cat. Opening up with ‘No Regret’, they kicked it all off before rattling rapidly thorough ‘DNA’ and ‘Out Of Reach’, each one well received by the crowd and the guys always taking time to appreciate the reception they got with each one.  ‘Hold On’ and ‘We Pray’ are followed ‘Who We Are’, which they, for some reason, make a point of telling us they’re playing live for only the sixth time! 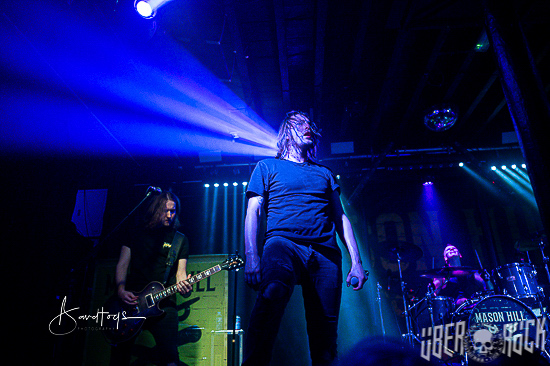 All the tracks sound exactly like the recorded versions, with the backing vocals supporting Scott really well. ‘Find My Way’ and ‘Broken Son’ is followed by a very energetic cover of ‘Best Of You’, which the crowd joined in enthusiastically. ‘Now You See Me’ and ‘Against The Wall’ are followed by ‘Where I Belong as a fitting finale, leaving the band and the crowd all exhausted by the energy of the evening.

A great night. Enjoy the rest of the tour. 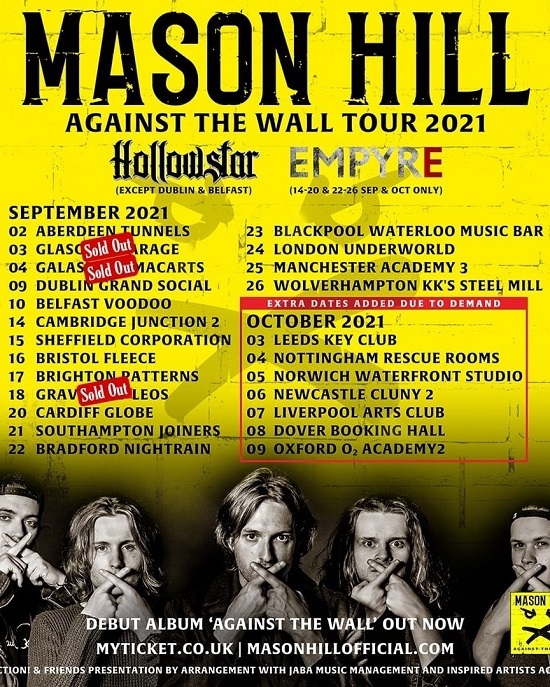