With the most anticipated album release in South Wales for a considerable time and an extensive refurbishment of the venue I was really looking forward to this gig.  The venue has doubled in capacity to around 300 making it one of the biggest independent venues in the valleys. Albeit still run on behalf of the Patriots motorcycle club, it is a fantastic refurbishment. The rear part of the old venue has been benefitted from a raised flooring area and barrier at the halfway point giving everyone a better view of the action. Large opening doors onto the external covered patio all add to the utility of the venue. As always, the stage setup is very good with good lighting and sound gear. Well done everyone who has made this happen. I have one suggestion to make though: if the stage area had also been elevated by about 30-45 cm it would really make a huge difference to the view of all parties… 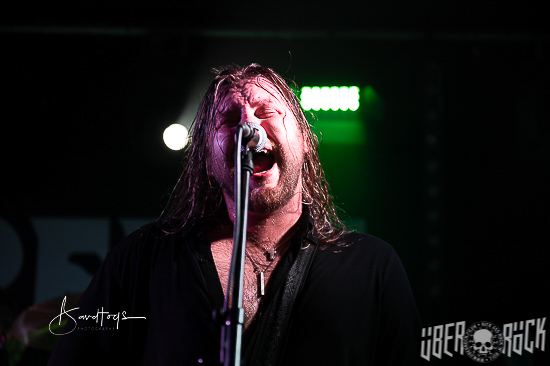 Anyhow, onto the music, Florence Black have been on my radar since 2015 at Steelhouse and I always make a point of getting to see them whenever they are in the area.  The album was released at midnight on 17 September, and by the 9pm stage time I had played it at least six times, so had an idea what to expect.

At bang on 9pm, the “Tydfil Three” (copyright pending on that) entered the stage to a rapturous reception.  Kicking off with ‘Zulu’ in almost pitch black, echoey ethereal guitar and low basslines get hammered by the thumping drums wrenching that are the trademark of Perry “Perks” Davies. The vocals of Tristan Davies are typical of many of the previous tracks written by the band.  Machine gun guitar riffage is counterpointed by the rat-a-tat-tat of the drumming and thrumming basslines of Jordan “Foz” Evans. Some ardent fans joining in with the chorus added to the rapturous welcome at the end of the track.  The sound was spot on, but then with their long-term sound engineer, Romesh Dodangoda, in charge it was always going to be. 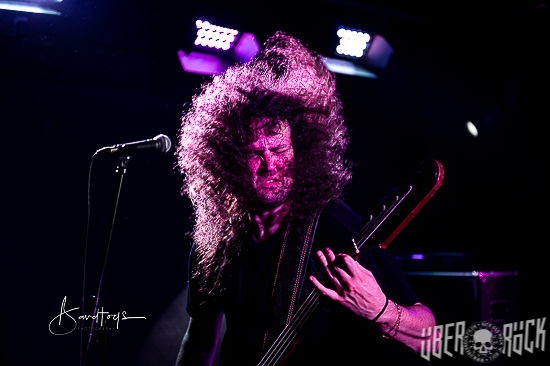 A quick trip through ‘Inside Out and ‘On The Ropes’ and the crowd were eating out of the bands hands, many shouting and singing “We love Florence Black” between tracks. It was obvious that they were on to a winner with every riff, vocal, drum roll, and bass thump.  They barely stop still on stage, especially Foz and Perry.  A brief respite followed at the start of the second release from the album, ‘Sun & Moon, which is now on Planet Rocks A list playlist… and about time too! A much more subtle musical adventure until the chorus, which rises and falls until the breakdown, when there is much more body to the sound and then it gets to the point of neo-audience participation in its anthemic hook, a point that they could use in the show towards the end.  Thank the gods for the breather, ‘cos it was straight back into rapid fire ‘Can You Feel It?’, the first single from the album, with an instant crowd reaction to the hook and chorus and a very early moshpit starting to develop. With over 200,000 Spotify plays, this is obviously getting the band some serious traction. 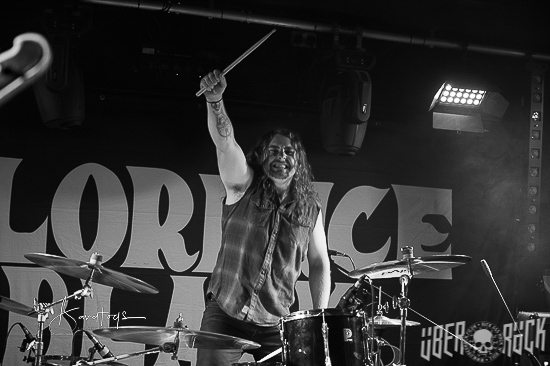 Another breather is required and so it goes into one of my favourite FB tracks, ‘Grove Street’: a far more laid back and ‘Phonics sounding track which has finally made it onto a digital release rather than just being a live track. Another song about mental health wellbeing, ‘Black Cat’ opens with a bit of an Iron Maiden ‘Fear of the Dark’ guitar riff that carried the song throughout, and the crowd could be seen heads rhythmically nodding along.  Lifting the tempo back up with ‘The Deep End’ (which contains the album title line), a gruffer sounding harder hitting vocal is as usual thumped along by Perry and Jordan and the pit really starts picking up towards the end of the track before ‘So Far Away’ again starts slower with a clean guitar and vocal before the final track of the album, ‘The Light’, again starts with the distorted guitar and hammering drums the band are known for and the pit really started to wind up, especially towards the breakdown and outro.  Cheers and rapturous applause and shouts of “Breadfan” and “Happy Birthday Tristan” echoed around the room.  That was the album…Wow. Just WOW. 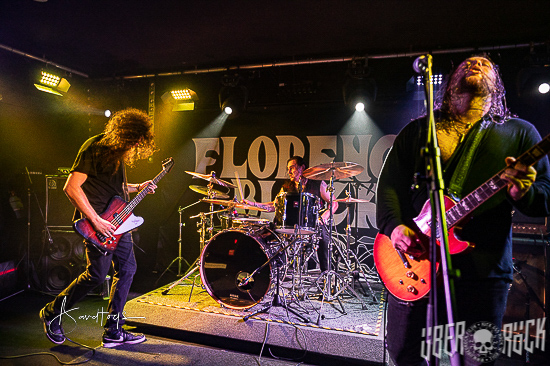 Then it’s time for a few FB favourites, with ‘Ghost’, ‘The Ride’, ‘Same Again’ and ‘Smoke’ all really winding the crowd up to … yes, you guessed it: ‘Breadfan’ – but unfortunately no Padge guest slot, although he was there.

Damn, it took a long time to get here but everyone present thought it was worth the wait.  A brilliantly breathless night.