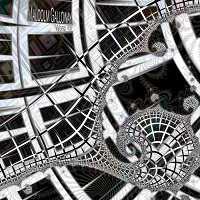 Having already reviewed the Hats Off Gentlemen It’s Adequate EP, it would be incredibly rude of me to overlook the solo release from one of the main men, Malcolm Galloway. Now Malcolm’s solo stuff is significantly different to the creations of Hats Off, so if you come into this expecting more of the same then you will be in for quite a shock! Instead, Malcolm composes intricate pieces of minimalist/classical music for his solo releases such as this latest effort, ‘Wasp 76b’.

If you go in with the right expectations, it’s a lot easier to appreciate the subtleness of the work. The intent for these is not to produce music that’ll storm the charts or be a regular song on your gym playlist, instead this is music for those who really appreciate music in its core forms. You could almost go as far as to say that this is music for musicians.

The EP opens with the aptly named ‘Chrysalis’ which is a gentle piece that expresses the serenity of being cocooned in the protective environment of the chrysalis before it begins to take a more foreboding turn as it heralds the emergence of the wasp and ultimately ending with a sense of relief and freedom. The strings dominate the sound of ‘Chrysalis’ and it’s through the effective use of these instruments that you really can feel the changes in mood as the song develops. Now the title track, ‘Wasp 76b’ is something completely different. It’s a fast and complicated piece of music that has this intense hectic feel to it, much like the erratic flight of a wasp. With the use of futuristic synthesizer samples it feels almost like a space-age answer to ‘The Flight of the Bumblebee’ in the way it combines that frantic pace with futuristic elements.

If you combine both of these tracks with the visual elements provided on the album cover, which closely resembles the work of M.C. Escher, this helps complete the picture and allows you to simply sit back and visualise the elements as the album plays through. Now obviously this isn’t going to be something you’ll crack out at parties (unless you and I go to very different parties) but it is a very well crafted piece of music that deserves a listen. And as far as contemporary classical/minimalist music goes, this is one of the better examples I’ve heard. Although I would admit that my experience in that field is somewhat limited, ‘Wasp 76b’ is an album that encourages me to delve deeper into that rabbit hole to see what else is out there!