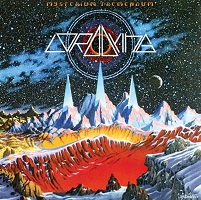 Death and doom metal go hand in hand – it is pretty heavily implied in the genre’s name, after all. But, where so many bands within doom canon have explored the subject across their discographies, Lord Dying have upped the ante some on ‘Mysterium Tremendum’, basing the whole record around the concept of what comes after the big full stop. Their third record, ‘Mysterium Tremendum’ is double the difference in gaps between the release of their debut and 2015’s ‘Poisoned Alters’, the band using that time to hone their skills into an art form worth reckoning with, offering up a bigger smorgasbord of riffs than ever before whilst also diving deeper into death metal adjacent tendencies, a la Paradise Lost.

No strangers to the sludgier, nastier ends of doom, Lord Dying look to be striking more of a balance with melodic tendencies on this latest record, lending a sense of layering which makes everything more stark and powerful. In truth, while it is undeniably satisfying to hear them sending earth spraying on the sludgier riffs of a song like ‘Nearing The End of a Curling Worm’, ‘Mysterium Tremendum’’s true standout moments come in some of the more mournful melodies the band indulge themselves in. Hear the melody of ‘The End of Experience’ and it comes across as an instant haunting, the melody drifting gently along like mist over the moors, evoking the same kind of classical brilliance that Opeth used to capture so perfectly from ‘Blackwater Park’ to ‘Watershed’.

The steady pace of doom lends itself well to precision and deliberate action, and Lord Dying utilise this to its full effect on their third record. The crescendo of ‘The End of Experience’ is enormous and imperious, evoking the enormity of peak heavy metal whilst never feeling cliché or cheesy. In no small part this is due to the masterful way the band leads into such breakouts; a track like ‘Exploring Inward (An Unwelcome Passenger)’ can evoke black metal like icy blasts without straying too far from the doom metal wheelhouse by exercising enough restraint to know exactly when to let a song reach the boiling point and spill over; going back and marking the exact moment we go from wailing guitars to a (comparative) blast-beat is an exploration of a band who have measured themselves to such a definitive degree that it feels they can do almost anything and not detract from their core aesthetic.

Straight up doom fans will find a band to love in Lord Dying – the tone of this record is thick in candle smoke and post-Sabbath/Candlemass ruminations. In many ways, for all of its experimentation it is doom metal in the classical vein, something which wholly champions to the aesthetic and Nietzsche nihilism of classic heavy metal tropes, albeit in a much more defeatist, “looked upon the abyss once too often” kind of way. Yet, for all of that the record is also an ambitious beast, a creature which screams about the old ways but looks to execute them with the accomplishment and professionalism of post-80s metal.

In striking a path between the two approaches, Lord Dying join the same kind of camps set up by bands like Grave Lines and Pallbearer, of modern doom with a decidedly classical bent. “Classical” is a funny word when brought up in relation to Lord Dying, relating not just to Sabbathian riff worship, but also to near medieval approaches to classical guitar that pop up on tracks like ‘Even the Darkness Went Away’, or folksy colours that arise from ‘Freed From The Passage of Time’. In fact, for all of its inclinations towards the classic heavy metal aesthetic, there is nothing kitsch nor fantastical about Lord Dying – this band is as serious as the subject matter at hand, and approaches the mysteries of death from a very human standpoint, the lyrics never feeling too romanticised or overly-poetic when dealing with the loss death brings to the table.

Ending on the appropriately titled ‘Saying Goodbye to Physical Form’, the band opt to close their album on an enormous instrumental, letting the music talk where words could only muddy the intent. ‘Mysterium Tremendum’ is an enormous shift in tone for the Lord Dying, a gamble on more melodic pastures where previously they immersed themselves in sludgier, heavier territories. The gamble has paid off; the album feels like a natural high point for the band and pays off their ambitions with a seriously weighty genre release that could easily rub shoulders with some of the best doom releases of the past few years, if not decade. If you want an album which will stoke the fires of doom in your heart whilst painting an immersive picture of hitherto unexplored realms you’ll do no wrong in picking up ‘Mysterium Tremendum’.

‘Mysterium Tremendum’ is released next Friday (26 April). You can get your copy HERE.