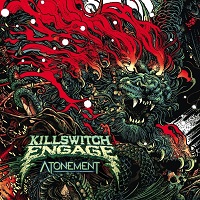 Massachusetts quintet and modern metal giants Killswitch Engage return with their eighth studio album. Having taken to arena venues last year in support of Iron Maiden, the band showed everyone that they are still very much a relevant metal force. Packing out their setlist with career spanning highlights and having former vocalist Howard Jones as a guest, they had something for everyone. Since 2017 the band have been trading ideas and developing songs before recording over a period of months which saw Jesse Leach undergo vocal surgery for scar tissue on vocal cords. The culmination of all the work is eleven brand new tracks that feature the band unifying to deliver their trademark sound.

On the first run through it’s clear to hear the classic Killswitch sound and style underlying everything that is on offer with ‘Atonement’. There are no surprises when it comes to the big melodies, towering riffs, attacking rhythms and soaring vocals that have become the hallmarks of the band’s output. From the opening discordant, unsettling guitar lines of ‘Unleashed’ through to the final fade out of the crushing guitar and rhythm attack of ‘Bite the Hand That Feeds’ the music on offer could only be from Killswitch Engage. There’s a selection of standout moments that will excite and entertain old and new fans alike. The opening track kicks everything off with colossal sounding riffs and dominating drums mixed with the trademark vocal delivery. ‘The Signal Fire’ features additional vocals from Howard Jones. When this match up was teased via studio photos during the recording process, fans were left champing at the bit in order to get a chance to hear the results. The finished article should please everyone. There’s a really well worked vocal melody that features some of the best that each vocalist has to offer backed up by the combined weight of a unified band having a lot of fun. The track title itself seems to be a bit of fun, offering a not so subtle nod to Jones’ own project Light the Torch.

As the album progresses there is even more to unpack and enjoy. ‘The Crownless King’ features another guest spot, this time in the form of Testament’s Chuck Billy who lends some of his trademark growls to a solid, hard-hitting thrash like number. ‘I Am Broken Too’ was the initial single release and encapsulates where the band are at with this release. The trademark sound is there, but there is an edge to the vocals displaying all of the power and aggression that Jesse is known for musically, However, lyrically, there is an emotional depth displaying a vulnerability as the lyrics deal with coping with mental health and allows Jesse to essentially put himself out there. There is also some superb guitar work on display in this track with riffs and melody lead lines galore and a very well executed lead line underneath the chorus lines that compliments the vocals excellently. ‘As Sure as The Sun Will Rise’ and ‘Know Your Enemy’ offer up some of the more straight up heavy weight edge of the band’s sound the former featuring some thunderous attack from the rhythm section combined with the heavy aggression of the guitars and vocals. The latter features a similar musical make-up but the guitar riff work takes on a bounce like quality that beefs up the vocal delivery and offers some additional sonic interest as the song flows.

Killswitch are known for having big crowd-pleasing anthems within their arsenal. ‘I Can’t Be the Only One’ is the stand-out track on the album for fans looking for that particular fix. With an introduction that harks back to the swelling beginning of ‘My Last Serenade’ before a highly infectious guitar lead line takes hold heralding the arrival of the full band. The guitars and vocals take point within the track mixing to create a highly engaging melody backed up by the wall of sound from the rhythm section. It also features the most sing-along like chorus of the album that will surely play well with a live audience. The mixing of the whole album is solid throughout with a wall of sound being ever present but clarity of each instrument along with specific song structures is never compromised and the production further highlights the unified sound of the band, These production values are typified on the track ‘I Can’t Be The Only One’ as the dynamic shifts, rhythmic and melodic devices of the song-writing are all clearly exemplified along with the individual musicianship.

This is not an album that can escape criticism, however. For all of the high points there are some areas that could cause gripes. Killswitch have a clearly identifiable sound and they carry it off well. However, ‘Atonement’ does not break new ground for the band, they are eight albums into their career so can be forgiven for not wanting to deviate from a tried and tested formula. Therein lies the fault, to some that is how this album could be perceived, formulaic and possibly even predictable at times. There is a sense that the five-piece have played it overly safe and not gone all out to create a number of memorable tracks that could slot into a crowd pleasing setlist alongside the likes of ‘My Last Serenade’, ‘Rose of Sharyn’, ‘My Curse’ etc. For that reason, it’s not necessarily an album that is going to please all fans across the board.

Overall, ‘Atonement’ is a really good album. For casual Killswitch fans and general metal fans there’s a lot to like. However, for hardcore fans it may well prove to be divisive release. Some may see it as an excellent addition to the collection and thoroughly enjoy it. There’s certainly a wealth of standout moments and the musicianship is of the high calibre that has come to be expected. Yet others may feel that there is a spark missing in the song writing and that a lack of big, memorable anthems that have become such a staple of the band’s back catalogue could be a big downside. Which ever side of the fence one sits on, ‘Atonement’ does still deliver a healthy dose of metal over 11 tracks and is definitely worth your attention. 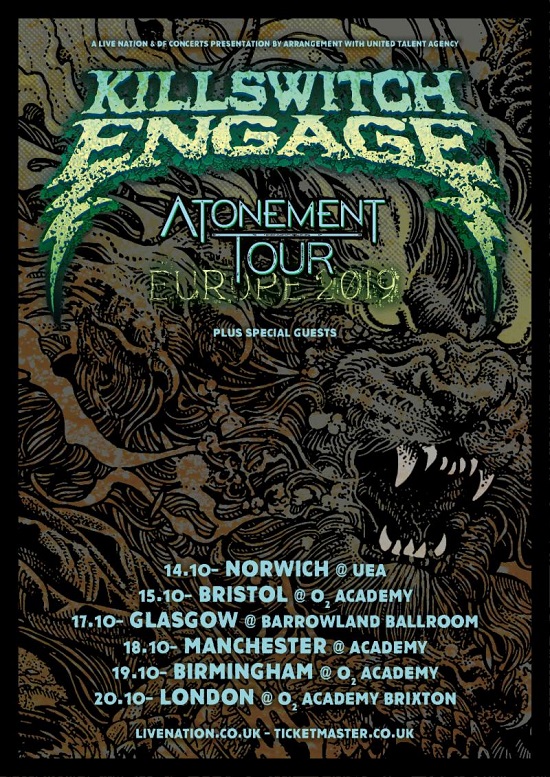