Iron Maiden – ‘The Writing On The Wall’ (EMI) 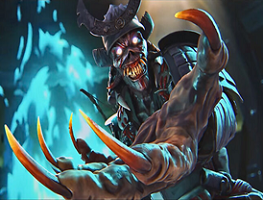 Weeks of build-up, cryptic announcements, breadcrumb clues and a conspiracy-like buzz across social media.  Iron Maiden have released the pressure valve of tension with the release of a new track. ‘The Writing On The Wall’ premiered on YouTube under the guise of being invited to Belshazzar’s Feast (one of the aforementioned cryptic clues).  Invites were sent out through the fanclub and to those who recently purchased official merch as well as a video message from Bruce. They did not disappoint.

Those that logged in were treated to a storming new track.  Immediately apparent is that guitarist Adrian Smith had a hand in the writing, with the track heavy on the blues riffs laced with modal harmonies. All the while still featuring the trademark triple guitar interplay.  Bruce’s vocals are on fine form as he soars through the catchy chorus lines.  It’s a slight departure from their more proggy sound found on ‘Book of Souls’ and leans more to the sound of their Eighties and Nineties catalogue while still retaining a freshness that will ensure its popularity for newer listeners and fans.

As if the music wasn’t enough, the accompanying video features a host of past Eddies kicking righteous arse against politicians and people of power.  The lead Eddie takes on the form of a Samurai warrior, something that many fans have been keen on for a long time, and also craftily fits in with Maiden’s ‘Sun and Steel’ beer line.

However, we are still left with more questions.  When/will there be a new album? Is ‘The Writing On The Wall’ more than just the title of the lead single and part of a much larger plan for Maiden to bow out? Are we going to get a smaller tour of new material to accompany the remaining ‘Legacy of The Beast’ dates?  What are they going to do at Download next year?  For all the excitement that Maiden have generated they will surely look to release more information over the coming weeks and month as this teaser offers so much to look forward to.