London hard rockers JOANovARC are about to release their second, on this occasion self-titled, album, which they will back up with a series of live shows.

I took the opportunity to catch up with guitarists Laura Ozholl and Shelley Walker to chat about the album, some of it’s lyrical themes, how they draw inspiration from adversity and those much-publicized travails with the PledgeMusic funding mechanism:

‘JOANovARC’ is released on 31 May via Holier Than Thou Records. You can get your copy HERE.

JOANovARC play the following dates throughout May and June: 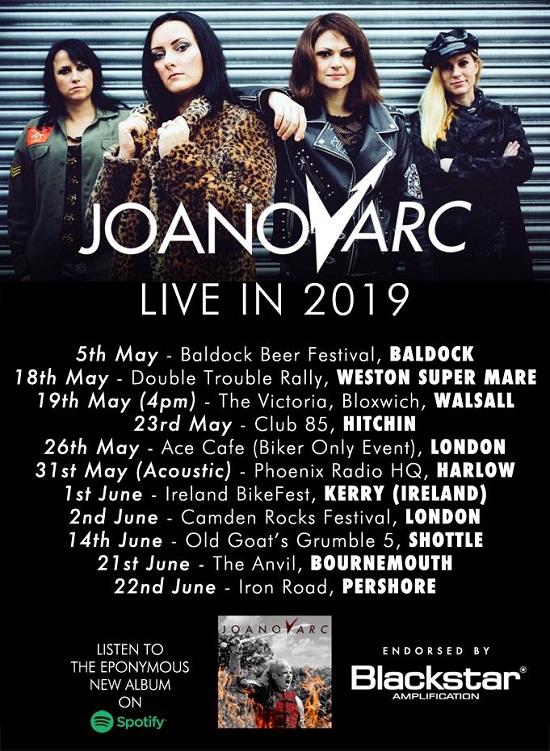