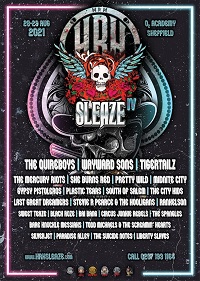 After two long years, Hard Rock Hell returns in 2021 with its ultimate rock party weekend, Sleaze. Though many of the bands were admittedly unrehearsed compared to their usual performances pre-covid the energy amongst the bands and the audience was electric. The event was a massive family reunion where you’re actually happy to be there with extended catchups in the smoking area and many drinks to toast with. We could spend time talking about the obviously breath-taking performances of both headline acts, The Quireboys and Tigertailz, but it goes without saying that those shows were classic performances to aspire to. So, let’s talk about some moments that I feel need a mention from the HRH Sleaze weekend.

The weekend kicked off on the main stage with the sound of the rumbling and stomping of Timpani drums as Twister took to the stage in classic fashion to open the festival in style. The energetic performance brought a quick awakening as the crowd soon realised live music had truly returned. Bringing in energetic classic riffs with a high energy performance and delicate moments, Twister knew they had the audience in the palm of their hand, certainly having a crowd desperately awaiting more of that triumphant performance. 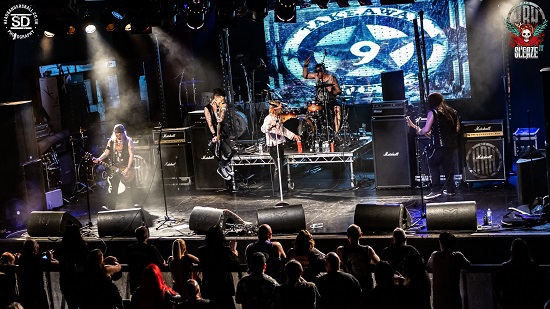 Soon to follow were Takeaway Thieves. A powerful band reminiscent of The Quireboys who would headline the following night. A band who knows how to perform a stadium show in a club, Takeaway Thieves threw all their energy into a performance you could not look away from.

Opening the second stage are Liberty Slaves, a band who the energy of a packed out show to a small audience with fast paced songs with a performance to match. With heavily reverbed vocals, Mick Mars-esque solos, and fists in the air, the band were all smiles as they acknowledged that the small audience willingly came to see their show instead of being at the main stage with gratitude and showing they’re proud to be an old and ugly band who own it and are not afraid to be who they are. 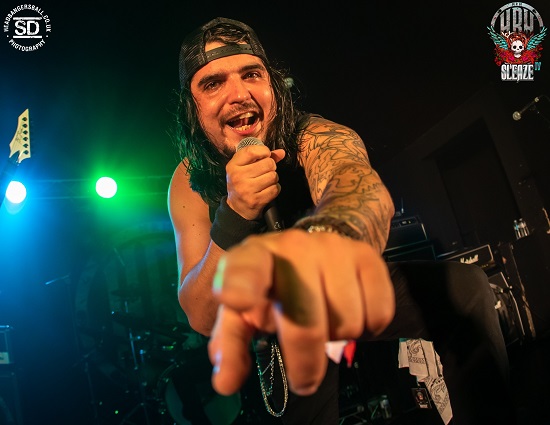 The Suicide Notes soon followed on stage two. A band with strong rhythm and punchy solos, slick bass lines and solid harmonies. Though a strong vocal, sadly the lead performance felt like the same worn out arrogant attitude that made Axl Rose infamous and unapproachable though I’m sure it’s all an act to be a “rock star” and not out shined by “Kate” who featured on backing vocals for one song. In the middle of the performance the audience received an apology for being “out of shape” with “no energy” which brought a humbling feeling to the performance. But no matter how crowd members felt, you could not ignore that the performance was a show you didn’t want to walk out of.

Going back to the main stage, Midnite City made their HRH return with classic anthems and their usual captivating performance. Midnite City are a powerhouse driven by dynamics and well put together set lists, moving track to track smoothly, combining light and shade and involving the audience effortlessly. 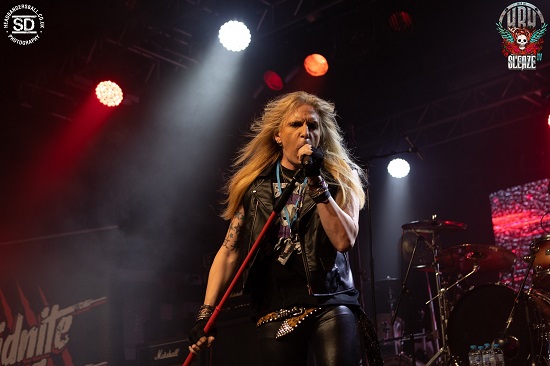 Let’s talk about day two and the long-awaited return of Sweet Teaze. A strong opener to re-energize the hungover for a second day of rock and roll party antics. Even after 13 years, the band still bring the power anthems that please the crowd and made the crowd dance and sway away last night’s booze sweats. But even through that we can’t ignore the shocking mockery of “me too wasn’t a thing” when they started which made them adjust lyrics showing though they’re trying to fit with the modern times the band aren’t aware of the importance of the movement. Brushing off the importance of the movement led to female audience members walking out and silence as the out of touch frontman continued to make out of date references to sex, drugs, and Rock N roll in an age where that party scene has relaxed, especially with those who were there in the 80s have settled down and the young musicians could never make it with the age of social media outing those who live that lifestyle, not to mention that most are too pour to afford drugs let alone the drinks in the venue but recognise that it is now frowned upon. Though the set was a great start to the day, many members of the audience could not get passed the comments made between songs. 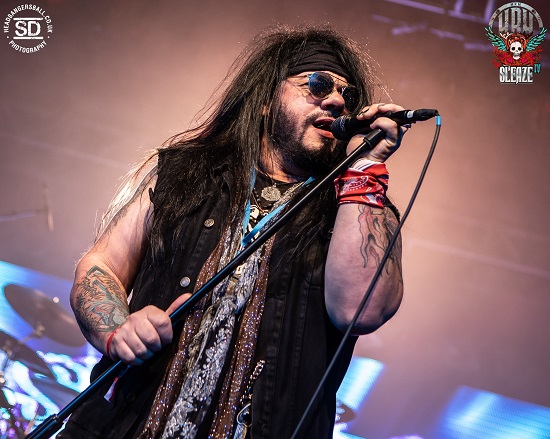 Now, I’ll end talking about bands with a band that embodied the modern epitome of glam punk. Todd Michaels And The Screamin’ Hearts opened the second stage of HRH Sleaze with high energy and power. One of the younger sleaze bands who truly understands the ‘80s and what it means to be rock stars with a strong performance worthy of the main stage. Todd Michaels lives in the moment, knowing how to be a true front man and how to interact with a crowd, sporting his “Feminist AF” crop top demonstrating to his fellow front men what it means to be a classic frontman with a modern attitude. Not to mention his ability to strike a pose for photo opportunities and acknowledge the cameras as well as friends of the band and the crowd he had eating from the palm of his hand. With the, combination of soaring lead vocals and old school riffs, harmonic guitar solos, dirty bass lines that could compete with Nikki Sixx and heavy stomping drums, the band didn’t waste a moment on stage or let the crowd lose interest. If you aren’t seeing the Mötley Crüe reunion, as most of us won’t, then see Todd Michaels And The Screamin’ Hearts. You won’t be disappointed!

HRH Sleaze truly was amazing with. The organizers, the artists, audience and venue staff made the weekend the party it was with. We could not be more grateful to all involved or any happier to see the familiar faces and new faces that made Sleaze the memorable weekend it is. 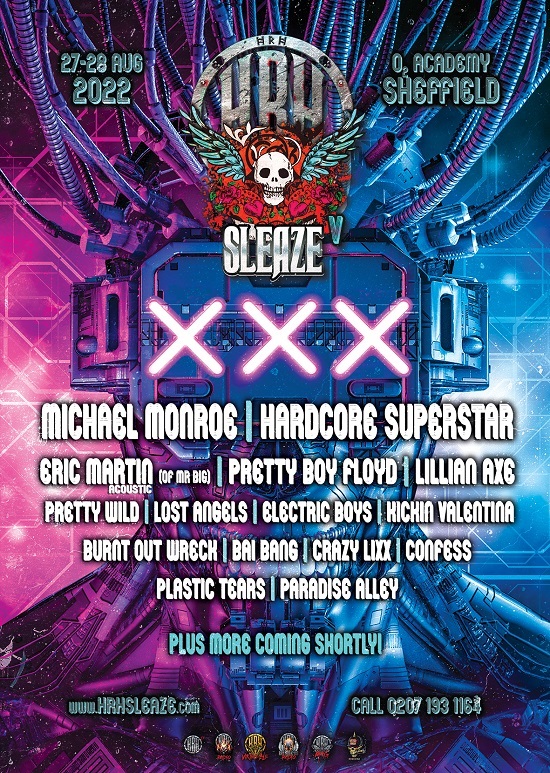