Words and photos by David O’Neill.

After the demise of the Muni in Pontypridd an opening arose for a small venue to step into the huge gap left… enter the EVI.  A former library in the Valley steeltown of Ebbw Vale it is becoming a good place to go to see up and coming bands.  The sound is usually spot on, the bar is in the same room as the gig and it’s a fair-sized open venue.  As a photographer the lighting on the left of the stage can be a bit hit and miss but usually its not too bad. 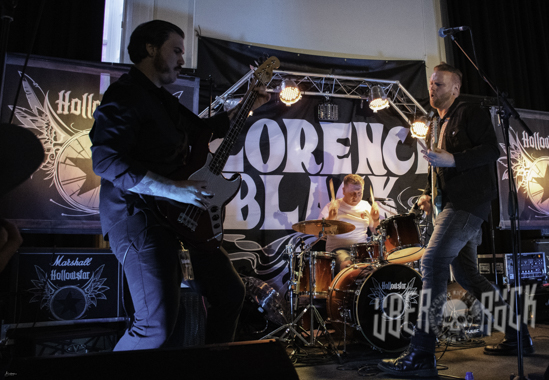 The 501s are a four piece from South Wales (probably from Ebbw Vale given the banter with the crowd). A half hour set of a cross between the ‘Manics and the ‘Phonics was a good opener for the evening.  It was a fair sound and reasonably good set from the guys given the limited tracks they have on Spotify and Shane Grist has a god voice. All this backed by the solid rhythm section of Tristan Humphries and the drummer (whose name I have forgotten). Both the guitars of Grist and Nick Morton complemented each other well.  One first band I’ll try to catch again.  Good start. 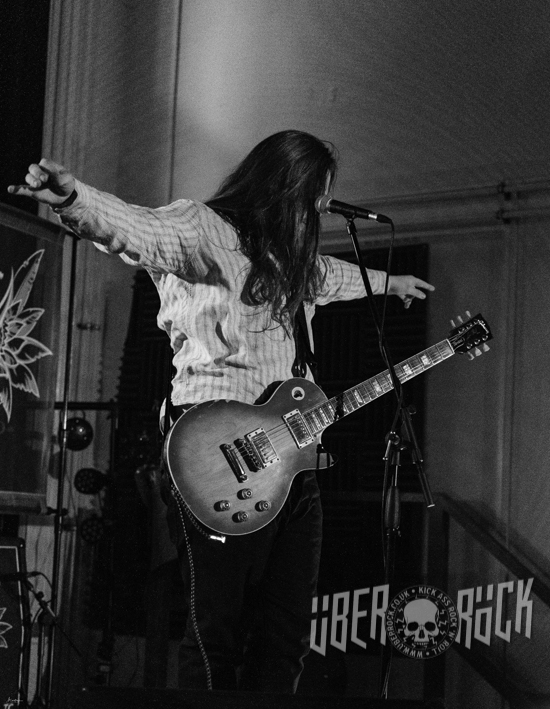 Then probably one of the loudest three-piece bands around at the moment – the fantastic Florence Black.  These guys blew me away at Steelhouse in 2015 and continue to do so every time I see them.  Following their socials gives you an idea of the circles these guys are moving in, one of the latest posts from Tristan Thomas being a photo with Benji Webbe of Skindred at a Disturbed concert.

I will say from the first time I heard them play ‘Breadfan’ I thought it is a fantastic cover of the Budgie classic and it’s a good way to open any set and with 327,00 plays on Spotify its well liked.  Rattling through the majority of their back catalogue in a 45-minute set they continue to bring high energy in your chops rock n roll with all three being very animated on stage no more so then Perry “Perks” Davies. He hits the beJesus out of his kit and then he deps for Benji Webbe on vocals on ‘Gunshot WTF’!  Tristan Thomas is a great frontman and can play guitar a bit too, although I wonder how he manages to do it when his hair is flying around in Merthyr Helicopter fashion amazes me.  All this solidly supported by bass man extraordinaire Jordan Evans who also doesn’t stay still long, he didn’t learn bass from the John Entwistle school of standing still! Come on guys I know you’ve been busy but time for some new music now, all your old stuff is amazing but… still, 9/10 every time for me! 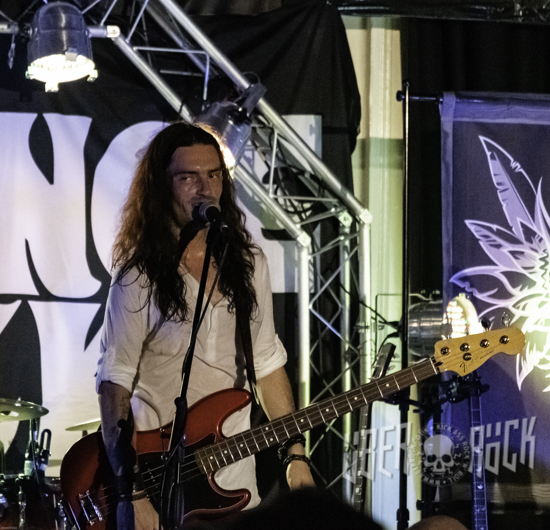 After a short break it was time for the headliners – Hollowstar. I first saw these guys in the Dollshouse in December and for me they were the band of the night.  I was given the chance to review the fantastic first album just called Hollowstar: there are certain points on the album where I could hear various vocal influences in Joe Bonson’s voice.  The set comprised of almost the entirety of their back catalogue and the new album, and why not, with music this good there wasn’t anyone in the audience who left disappointed.  Jack Bonson (drums), and the twin guitars of Phil Haines and Tom Collett demonstrated some sublime string twanging throughout the night and Haines is damn near impossible to get a static image of.  Kicking off the set with the amazing ‘Take it All’, with the guitar work drums and bass section (which still reminds me of Bigfoot’s track ‘The Fear’) was a breathless follow on from Florence Black.  Slowed down a bit by the bluesy ‘Down By The Water’ is where Joe’s voice reminds me of a young Paul Rodgers (more on that later).

‘Lay Down’ opens with a serious Black Stone Cherry like riff and bass line that could get them on the same stage given the opportunity.  Rapidly followed by ‘Guilty’ from the same Somethings Matter EP. A bit of banter from Joe led to him saying that the crowd were amazing.  So much so they made him feel Invincible-tenuous link to the track of the same name from the album!

‘Think Of Me’ is the real Paul Rodgers sound from Joe and could easily be mistaken for a Bad Company track and this could be a good idea for a cover… a la the FFDP version of the track ‘Bad Company’! 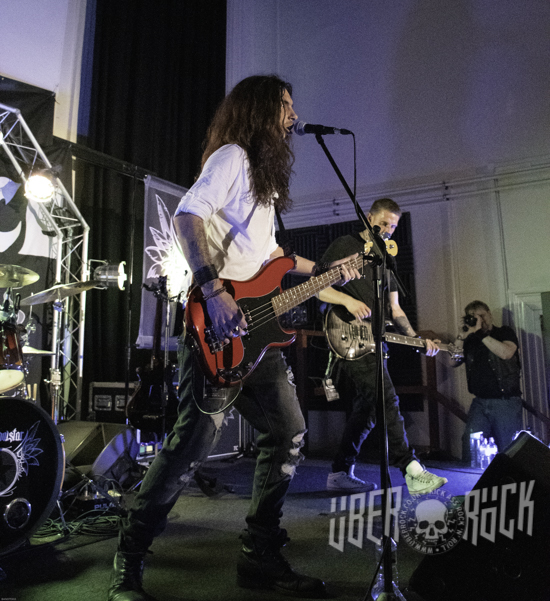 ‘Money’, ‘Let You Down’ and ‘New Age Lullaby’ led into the cover for the night, ‘Wishing Well’, which was really well played by all band members.  ‘Overrated’ and ‘Sinner’ followed before Joe explained the dedications inside the album cover, one guy who supported Joe by giving him a job and encouraging him to continue with his musical dream and the other a young man whose father committed suicide when he was young only for him to do the same aged 30, which led into ‘Good Man Gone’ dedicated to both and finishing with ‘All I Gotta Say’.  Brilliant. Another 9/10 from me for the boys from the Fens.

If you like good music get to see this tour.  Tonight’s show in Manchester has been sold out for weeks, but there are still tickets available for those at the Iron Road in Pershore tomorrow (Saturday 1 June), the J2 in Cambridge on Monday (3 June) and Bannermans in Edinburgh on Wednesday (5 June). Hollowstar and Florence Black supported by other bands.  Shame is I found out that the third band in Bridgwater the evening after Ebbw Vale was the fantastic Everyday Heroes: now that would be a sellout in any valley town and I’d be on the front row too!