ÜS pop punk heroes Bowling For Soup have confirmed details of their livestream shows, originally planned for earlier this month. The shows were originally postponed when frontman Jaret Reddick had to self-isolate following close contact with a confirmed case of COVID. Thankfully, Jaret and his family all tested negative, remained healthy and things are back on track. 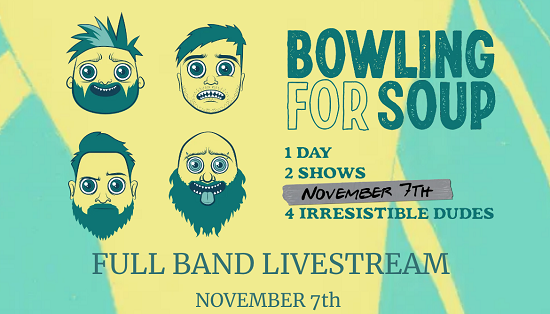 The rearranged back-to-back shows will now take place at 8pm GMT on Saturday 7 November and 2am on Sunday 8 November. Tickets for both shows, as well as the previous evening’s soundcheck and acoustic show by Reddick and bassist Rob Felicetti, are available HERE.

Bowling For Soup recently announced their ‘Surf The ÜK’ tour, scheduled for next May, which will see them performing exclusively at seaside venues: 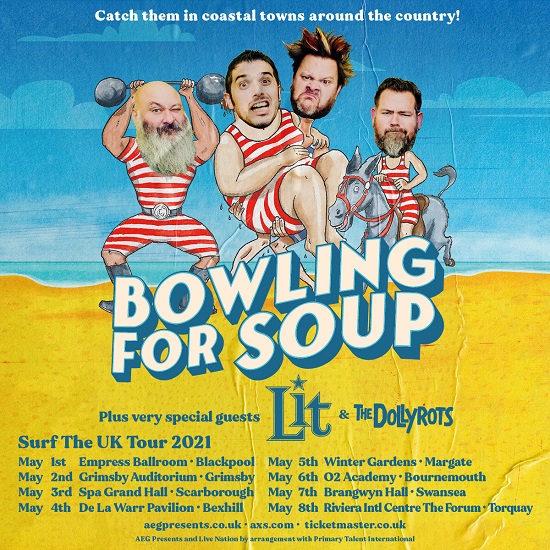