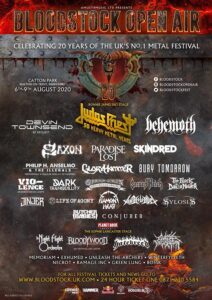 What better way to banish your January blues and help pass the time to pay day than some line-up news from Bloodstock? As we boldly stride into 2020, seven more bands have announced to appear at the metal weekender in August.

Sunday’s headliner on the Sophie Lancaster stage will be Connecticut bruisers Hatebreed. No strangers to Bloodstock, Jamey Jasta and his crüe certainly know how to get a pit going and are sure to round out the weekend in pulverising fashion! The group spent the latter part of 2019 working on new music for the follow-up to their 2016 album ‘The Concrete Confessional’ and are promising a new album via Nuclear Blast in the spring.

Also confirmed to appear on the Sophie stage over the course of the weekend are atmospheric black metallers Winterfylleth, Californian deathgrind merchants Exhumed and Californian three-piece death metal/punk mob Necrot.

Meanwhile, over on the main Ronnie James Dio stage, British metalheads Bury Tomorrow will be making their Bloodstock debut. They release a new album, ‘Cannibal’, via Music For Nations in April, so you have ‘til August to learn the new songs to bang your head to! Returning to Bloodstock for the first time in a decade will be home-grown metal beasts Sylosis, who drop their new album, ‘Cycle Of Suffering’, next month. Rounding out the latest announcement are Oregon thrashers Toxic Holocaust, returning to the Über Kingdom just a few months after their recent tour with Municipal Waste.

Bloodstock’s very popular ticket deposit scheme is now up and running, allowing you to spread your standard weekend ticket purchase over five instalments. You can sign up at any time until 28 February 28th and make your first payment of £29 + booking fees straight away. VIP and child tickets are not eligible for the deposit scheme. Standard weekend tickets, VIP tickets, child tickets, and car parking tickets for 2020’s event are available now at the ticket store. A limited number of day tickets will go on sale later this year – sign up for a free reminder HERE. Campervan tickets are sold out. 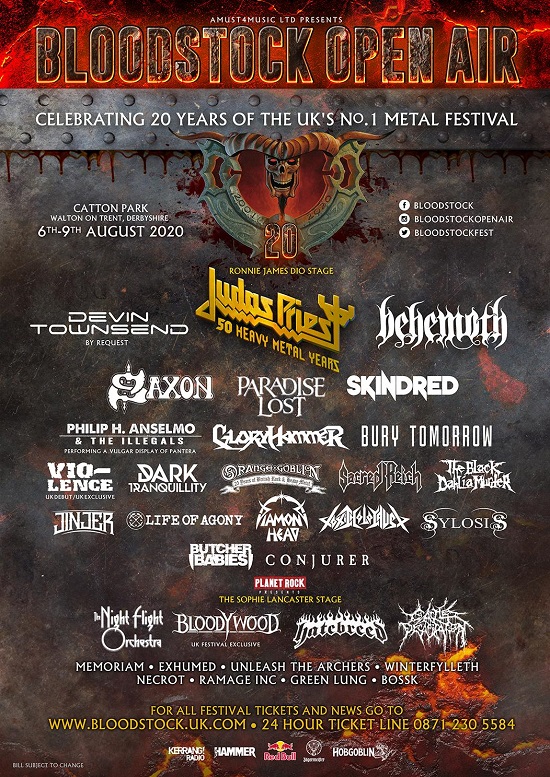