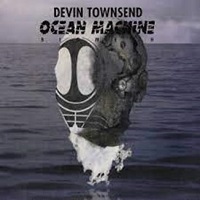 Set in the picturesque Farm Studios, cameras pan into a beaming and welcoming Devin Townsend. There’s a lot of positive buzz at the moment with talk of roadmaps and future planning for gigs to come back in person.  While this is indeed an exciting prospect, we currently must make do with remote, streamed performances.  On this occasion, a visibly keen Mr Townsend is prepared to take us through ‘Ocean Machine: Biomech’ in full with a splendid backdrop, beamed directly to wherever you’re sat. From the opening greetings, I was pulled into the infectious joy that Devin exudes.

As part of the greeting, we’re told that Devin has had to start from scratch with this performance.  Having to re-record parts and instruments in order to display it in this manner. ‘Ocean Machine: BIomech’ represents the latest in a series of livestreams for him and as such he has got a format pretty much nailed.  From the intro he dives straight into ‘Seventh Wave’ and we’re away.  The layers of loops and pre-sets fill in for a full backing band and the texture serves as solid support.  It is neither intrusive nor overpowering.  A fine balance which when it is a loan musician as the centre stage is important to achieve.

Our host is the consummate professional, following the path of tracks while remaining captivating in his performance.  Not an easy achievement as he mentions on several occasions that he misses the interaction, the comment section while filled with fans just doesn’t fulfil that major gap.  There are occasional missteps and wrong notes, without a full band these are picked up on, but with a grin and a wink, Devin shrugs these off.  Simultaneously showing that he knows the music while endearing himself to the audience that he makes the occasional mistake but it’s not the end of the world.

It’s the odd moments between songs that add more to the overall performance, tracks such as ‘Night’, ‘Sister’ and ‘3am’ are given introductions and dedications. Breaking up the performance and allowing Devin to address his audience, albeit virtually.  His encouragement leads to a chorus of responses in the comments.  One of the main moments at just over midway through is a stage invasion.  Resident recording studio canine, Cooper, makes an introduction. Welcomed with a smile, a cheery hello and a scratch behind the ears, hardly breaking stride in the flow of the music Devin is still able to show his professionalism. 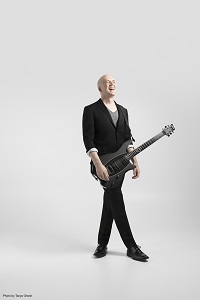 It’s a testament to the quality of his song writing and the effort and energy that he puts into his performance that the time passes very quickly.  Before long we’ve arrived at the closing track. It’s been a performance laced with humour and standout ability.  It’s clear that Devin loves what he does and respects his fans that he really puts dedication into any performance.  From the effort that is clear on his face and the fact that he put the time in to rerecord the backing parts to deliver the best he could. The closing additional track is again laced with a comedic edge.  He offers up a brief acoustic rendition of the demo ‘Ocean Machine’ as requested by fans. He admits that he has not had the time to perfect it and can only really deliver the chorus.  However, after only a couple of missed chords and double checking the rhythm, he’s in and it represents a great fade out for the previous hour plus of music.

His parting message is one of hope.  Hope that things will get better, hope that while we have all gone through some tough times over the last 13 months, we are in it together and you are not alone.  Messages of this nature can have a tendency to be cheesy from performers.  However, the performance that he’s just given has laid bare an honesty to him and he has a nature that one cannot help but like.  If the virtual performances are anything to go by, then it is certainly worth going to see Devin Townsend in the flesh as soon as everything allows.  I have a feeling that he will bring out something special and for all those in attendance it will be highly memorable.